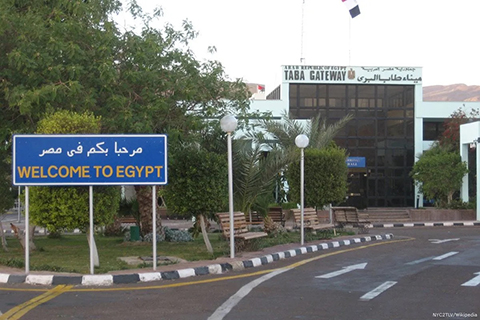 Israel will reopen the Taba border crossing with Egypt, round the clock as of 3 July, according to the Transport Minister, Anadolu News Agency reports.
“After hard work by the Ministry of Transportation and the Taba Border Crossing, the terminal will open 24 hours a day, seven days a week, starting on 3 July,” Merav Michaeli said in a tweet.
“The opening of the crossing is expected to reduce overcrowding, strengthen ties with our neighbour and ally (Egypt) and allow vacationers,” she added.
The United Arab List said the opening of the crossing comes upon a request from party leader, Mansour Abbas, to facilitate the movement of tourists from the Arab community in Israel during the Eid Al-Adha festival, which marks the start of the Hajj pilgrimage, and to reduce crowding at the terminal.
There was no comment from Egyptian authorities on the report.
The Taba crossing was closed two years ago due to the outbreak of the COVID-19 pandemic.
In 2019, around half a million Israelis crossed the Taba crossing into Egypt’s Sinai Peninsula, an increase of 30 per cent from 2018.
Egypt and Israel have had a peace treaty since 1979, after they fought several wars.