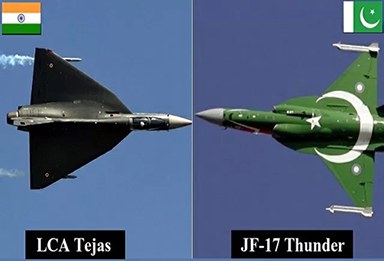 The plan was announced by the chief of the Cabinet of Ministers, Juan Manzur.

$20 million will be spent on infrastructure to support the new aircraft, with the remainder being used for the purchase.

The decision marks an increase from a budget draft published in 2021, which included a proposition to spend $664 million on the entire procurement program.

According to sources within the government, quoted by Defense News, the Argentinian government expects to purchase a fleet of multirole jets with electronically scanned array (EASA) radar, in-flight refueling system a data link, and an electronic warfare suite.

Some Argentinian media have reported that four aircraft are being considered: the CAC/PAC JF-17 Thunder, the Lockheed Martin F-16 Fighting Falcon, the UAC MiG-35, and the HAL Tejas.

Speaking to Infodefensa.com the Chief of the General Staff of Argentine Air Force (FAA) Xavier Isaac said the MiG-35 is no longer being considered due to the “complex” international situation and the fact that the aircraft is not in serial production.

The remaining three aircraft each have their advantages and disadvantages, Isaac said.

The JF-17 has already been evaluated by the Argentine delegation. However, China’s ability to provide logistical support for the aircraft remains unknown. The F-16 is a proven platform, but its refueling system is incompatible with refueling pods on the KC-130 Hercules used by the FAA. Meanwhile, the Tejas contain British-made components and thus fall under sanctions. However, according to Isaac, India assured that the components can be replaced with non-British alternatives.

Argentina has been struggling to upgrade its fleet of combat aircraft for more than three decades. Following the Falklands War, the United Kingdom vetoed Argentina’s purchase of aircraft with British-made components, including the South Korean KAI FA-50 and Israeli IAI Kfir among others.

With a once-capable domestic aircraft industry in ruins, Argentina was left with an air force composed of deteriorating old jets and no possibility to upgrade it.