Japanese, and US militaries plot to deploy mid-range missiles in Japan’s SW islands 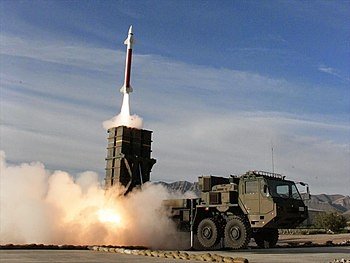 Japan Self-Defense Forces and the US military have conspired since 2021 several times to assist Washington to deploy intermediate-range ballistic missiles on Japan’s southwest islands, to achieve “integrated deterrence” against China by strengthening the construction of the “First Island chain,” a source close to the matter told the Global Times on Thursday.
According to the source, since 2021, the Japanese forces and the US military have attempted to induce and pressure the Kishida administration to cooperate with Washington’s plan on the missile deployment to deter China.
The US has started the assembly of ground-based intermediate-range missiles of its Multi-Domain Task Force (MDTF), prioritizing its deployment in the “first island chain,” which could pose a major security risk to the Asia-Pacific region, the source said, citing public media reports and developments.
Military experts believe that the plot between Japan and the US is not conducive to peace and stability in the Asia-Pacific region, and reflects Japan’s sinister intention to unite with the US to jointly confront China. Japan will bear the blow and suffer the consequences, military experts warned.
Although the Kishida administration has not yet made a final public decision on the US deployment of mid-range missiles in the country, the Japan Self-Defense Forces have substantially escalated the preliminary preparations for such deployment given the flexibility of the land-based mid-range missile equipment, according to the source.
US Indo-Pacific Commander Admiral, John Aquilino, inspected the preparations for the military bases in Japan’s southwest islands in November 2021 in the company of Koji Yamazaki, Chief of the Joint Staff of Japan’s Self-Defense Forces.
In January 2022, Japan and the US said in a joint statement reached in a “2+2” meeting that the US military and the Japan Self-Defense Forces would gradually enhance the share of military facilities on Japan’s southwest islands.
Unlike the THAAD anti-missile system the US deployed in South Korea, the deployment of ground-based intermediate-range missiles does not need large-scale infrastructure on the spot but can be assembled by the MDTF in other places and quickly stationed in US-Japan military bases.
Song Zhongping, a Chinese military expert, told the Global Times on Thursday that the deployment of land-based mid-range missiles in Japan’s southwest islands would seriously threaten China’s national security and allow the US to get more involved in China’s surrounding areas. Once the missiles become a regular weapon, they will inevitably lead to an arms race, which is not conducive to peace and stability in the Asia-Pacific region.
The military expert stressed that the Japanese Self-Defense Force’s dangerous plot of unleashing its defense forces and military expansion with the US, in disregard of the security of the Asia-Pacific region, will seriously threaten the normal development of China-Japan relations and cause severe damage to regional peace and security. This is a dangerous and malicious move and, “if not reined in before it’s too late, there will be endless troubles,” Song warned.