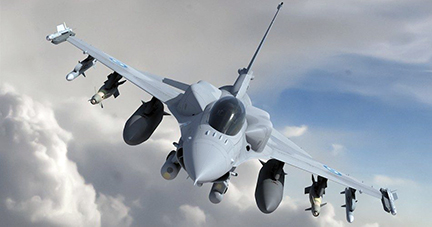 According to the outlet, while Kiev has stopped publicly demanding these weapons, it still wants them in order to counter Russia’s military campaign, which started in late February.

Politico sources say that Ukraine and the US “are discussing whether to send all three items as long-term financing deals are being hammered out” regarding new weapon deliveries for Kiev.

The report notes that the discussions have been toned down, while trying not to distract Kiev from its current battlefield needs.

However, according to Politico sources, talks about sending Patriots, F-16s, and Gray Eagles “at some point” continue at low levels. The US has so far resisted calls to supply this weaponry, not only over fears that the move would provoke Moscow, but also due to the maintenance challenges Kiev’s forces would face should they end up receiving the equipment, the outlet says.

Another issue is said to be how to prioritize supplies, as many US allies in Europe, the Middle East, and Pacific region also want these weapons. Many Eastern European nations, for example, apparently want US-made F-16 fighters to replace their outdated Russian or Soviet-era hardware.

Politico says the US is mulling whether to send Patriots to Kiev “as part of a long-term strategy,” given that it is unclear when the conflict will end. According to the report, deliberations on the matter are still in the early stages. The final decision will be made by US President Joe Biden.

As of September 15, the US has committed around $15.8 billion in security assistance to Ukraine since the beginning of the Biden administration, having supplied Kiev with large quantities of military equipment, including Javelin anti-tank missiles, High Mobility Artillery Rocket Systems (HIMARS), dozens of howitzers, and hundreds of drones.

Moscow has argued on numerous occasions that the weapon supplies from Washington and its allies will only prolong the conflict in Ukraine and increase the risk of direct confrontation between NATO and Russia.