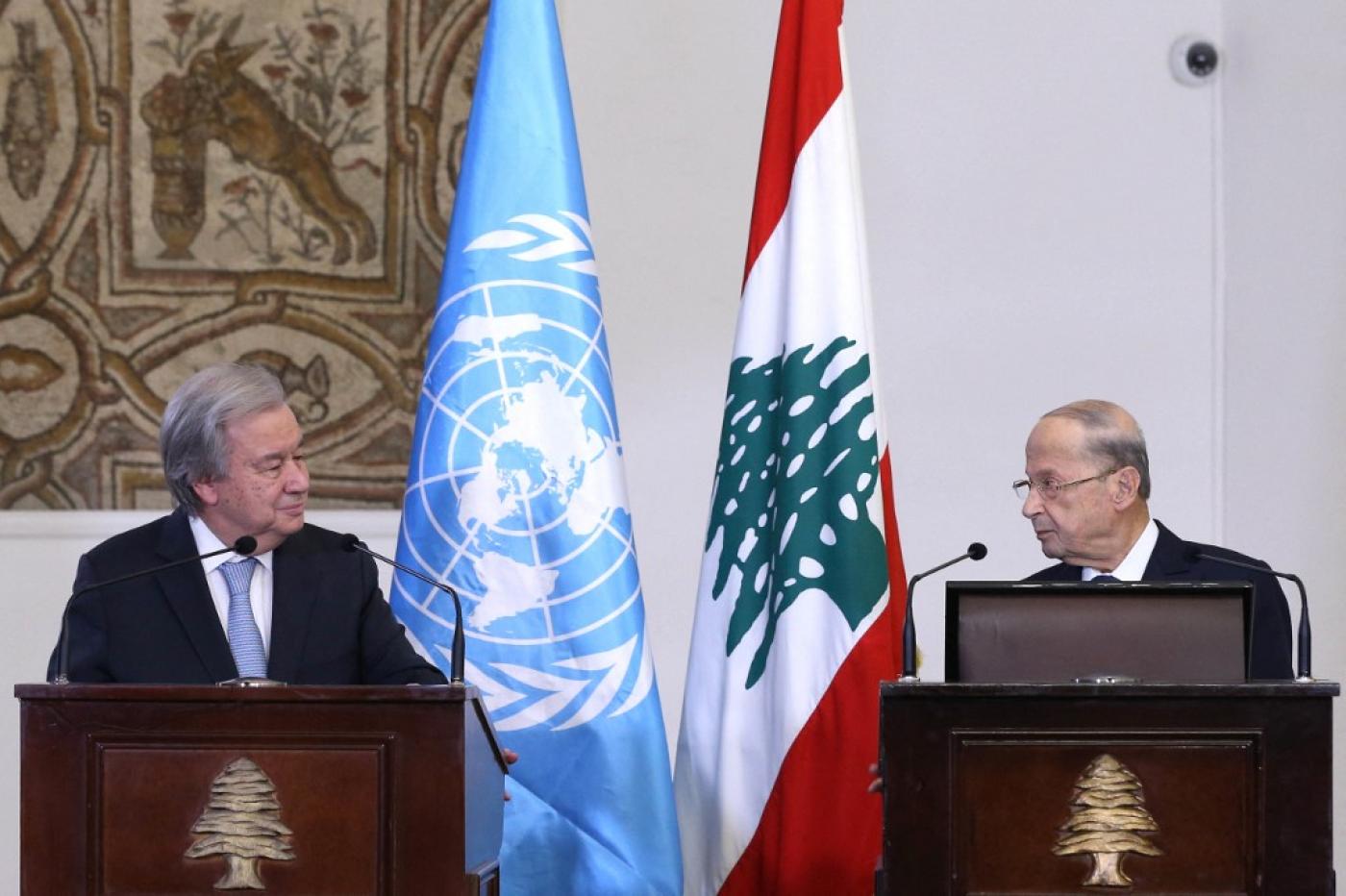 BEIRUT: Lebanon has been stripped of its voting rights at the UN General Assembly for failing to pay its annual dues.

Secretary-General Antonio Guterres said the government in Beirut must pay arrears of about $1.8 million to regain its status. Other countries that lost the right to vote were Dominica, Equatorial Guinea, Gabon, South Sudan, and Venezuela.

Under UN rules, a country can lose its vote if it is in arrears of at least two years’ contributions unless it shows evidence that it cannot pay for reasons beyond its control. Lebanon has been mired in economic chaos since 2019, when its financial system collapsed after decades of profligate spending, mismanagement, and corruption.

The Foreign Ministry said on Friday the debt would be paid “immediately, in a manner that preserves Lebanon’s rights in the UN.”

Meanwhile, two independent MPs who spent Thursday night in parliament said on Friday they were refusing to move until the assembly elected a new president. Lebanon has had no head of state for more than two months and the government has been operating in a caretaker capacity since May.

Melhem Khalaf and Najat Saliba were elected last year on the back of protests in late 2019 against Lebanon’s corrupt ruling elite. The squabbling over the presidency is mostly between supporters and opponents of the Iran-backed Hezbollah group.

Saliba said: “Our constitutional right is to remain in the hall until a president is elected, and we … are simply asking MPs to do what they are asked. We are not challenging anyone, nor can we force anyone to do anything. But we are staying here.”

Khalaf told Arab News: “We feel as if democracy is failing in Lebanon, and we have a responsibility today to respect it. Without a president, the work of state institutions will remain suspended. MPs are obligated … to go to parliament and elect a president.”