Mascot ‘Tu Yuanyuan’ launched ahead of the Chinese Year of Rabbit 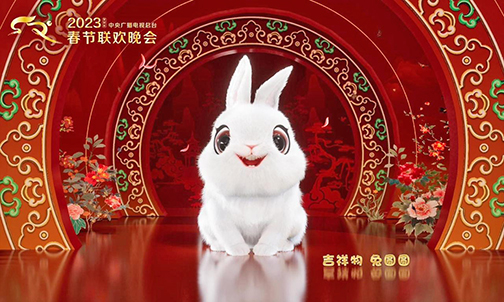 ISLAMABAD, Dec 22 (APP): The government of China has released the official logo and mascot as the ‘Year of the Rabbit’ comes just around the corner on January 22, 2023.

After gathering countless audiences’ favorite options and through systematic and informative big data research, the 2023 Spring Festival Gala official logo and mascot image, ‘Tu Yuanyuan’ has been created. It is the first intellectual property mascot generated through big data analysis in the 40-year history of the Spring Festival Gala, according to the CGTN.

The design of the mascot ‘Tu Yuanyuan’ was completed in four months by Chen Xiangbo, the director and chief curator of Guan Shanyue Art Museum in Shenzhen, and the visual design team of the Spring Festival Gala.

The overall image is based on the characteristics of the Chinese white rabbit and incorporates the aesthetic style of gongbi, a careful realist technique in Chinese painting, and then completed using 3D modeling technology.