More protests in Iran after schoolgirl beaten to death 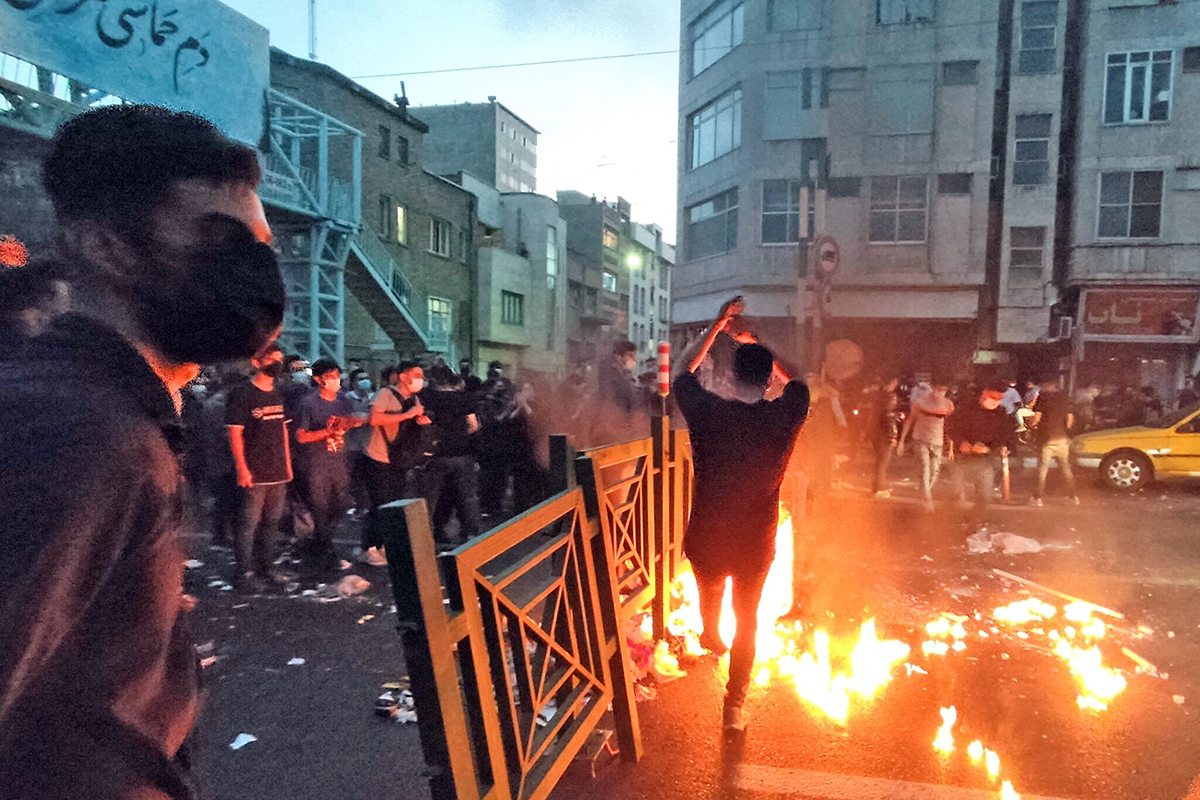 LONDON: An Iranian schoolgirl has reportedly been killed after refusing to sing a song in favor of the regime in Tehran in her classroom.

Sixteen-year-old Asra Panahi was allegedly beaten along with several classmates by security forces after Shahed girls high school in Ardabil was raided on Oct. 13 amid nationwide protests, according to the Coordinating Council of Iranian Teachers’ Trade Association.

Several of the girls were taken to hospital and a number arrested. Panahi is thought to have died of her injuries.

Iranian state officials denied responsibility, and a man claiming to be her uncle later appeared on state TV following widespread anger at her death to claim she had died of a congenital heart condition.

Protests have spread across Iran in recent weeks following the death of 22-year-old Mahsa Amini in the custody of the country’s morality police in August.

Younger women and girls have been especially prevalent in opposing the regime, with footage going viral of many removing their hijabs and chanting slogans against the country’s Supreme Leader Ali Khamenei.

The crackdown against protesters has been brutal, including raids on schools featuring arrests, beatings and tear-gassing, which the country’s teachers’ union called “brutal and inhumane.”

The Iran Human Rights group says 215 people have been killed in the demonstrations and subsequent crackdowns so far, 27 of whom were children.

One schoolgirl, identified pseudonymously as Naznin, told The Guardian newspaper: “I haven’t been allowed to go to the school because my parents fear for my life. But what has it changed? The regime continues to kill and arrest schoolgirls.

“What good am I if I simply sit outraged at home? Myself and fellow students across Iran have decided to stand in protest on the streets this week. I’ll do it even if I have to now hide it from my parents.”

Another woman, identified as Nergis, told The Guardian that she had been shot with rubber bullets after going to protest following Panahi’s death, in addition to the deaths of two other Iranian schoolgirls, 17-year-old Nika Shahkarami and 16-year-old Sarina Esmailzadeh.

“I don’t have a single relative in Ardabil,” Nergis said, “but with this brutal crackdown on our sisters, who were just 16 years old, they’ve awakened the whole nation.

“We never knew we were so united — across the Baloch regions as well as the Kurdish regions. The world has heard about Nika, Sarina and Asra, but there are so many other nameless children who we know nothing about.

“The Islamic Republic has been killing our people for 40 years, but our voices weren’t heard. Let the world know this is no longer a protest — we are calling for a revolution. Now that you’re all listening to our voices, we will not stop.”