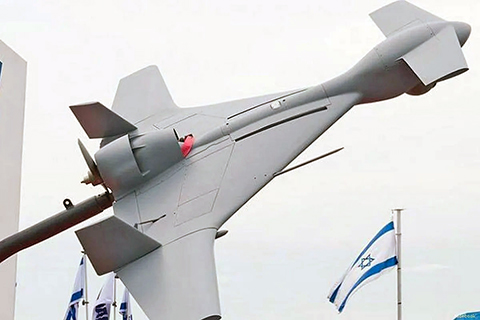 The Wall Street Journal reported that the Royal Moroccan Armed Forces would build two factories to produce war drones with Israeli supervision and expertise. This will allow the kingdom to manufacture advanced drones at a low cost compared to those it is currently buying from China and Turkey.

According to the military agreement signed last July between Morocco and Israel, Tel Aviv is committed to transferring the technology for manufacturing drones to Rabat.

With the support of Tel Aviv, these drones will be manufactured at a lower cost at two military bases in Morocco.

According to Israeli military sources, the war drones, which will be manufactured in Morocco within months, will enable the carrying out of surveillance missions, remote collecting of intelligence information and participation in the fighting.

RFI disclosed that Morocco bought drones from several countries, such as China, Turkey, France and Israel, which constitutes an actual fleet, and perhaps the most advanced one in North Africa. But Rabat’s ambition is no longer limited to buying only; rather, it is seeking to produce drones on Moroccan territories with the help of Israel.

According to RFI, Morocco has been accelerating its armament in various areas for several years. In this context, it recently used drones in Western Sahara to target Polisario Front activists and sometimes Algerian or Mauritanian civilians who entered the buffer zone.

RFI added that the drones enable Morocco to benefit from a powerful and developed tool that has proven its effectiveness in areas of conflict around the world.

Morocco and Israel resumed diplomatic relations in late 2020 as part of a tripartite agreement in which the US recognised Morocco’s sovereignty over Western Sahara disputed by the Algerian-backed Polisario Front.

Israel and Morocco strengthened their military cooperation during talks held in Rabat in July by Chief of General Staff of the Israel Defence Forces Aviv Kochavi with a number of senior officials in the kingdom.

The pace of rapprochement between Morocco and Israel has accelerated since the diplomatic normalisation that took place in December 2020 within the framework of the Abraham Accords, which were concluded between Israel and several Arab countries with the support of Washington.