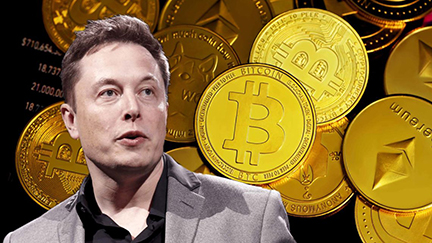 Elon Musk, Tesla, and SpaceX were hit by a $258bn (£210.2bn) lawsuit on Thursday by a Dogecoin investor accusing them of running a “Crypto Pyramid Scheme (aka Ponzi scheme)” relating to the cryptocurrency.
The complaint, filed in a Manhattan court, alleged that the world’s richest man and the two companies he runs, electric vehicle maker Tesla and spacecraft manufacturer SpaceX, were engaged in a “fraudulent” scheme concerning Dogecoin.
Plaintiff Keith Johnson, seeking to represent a class of people, claimed that the cryptocurrency was a “fraud whereby ‘greater fools’ are deceived into buying the coin at a higher price.”
The plaintiff said he and his class lost about $86bn (£69.9bn) since 2019 after Musk, Tesla, and SpaceX began supporting Dogecoin. He is seeking that amount plus $172bn (£140.2bn) in damages and wants Dogecoin investing to be legally declared gambling.
The complaint alleged that Musk knew his tweets about the token directly affected its price, market cap, and trading volume. It listed the multiple times the billionaire personally and through his companies had promoted Dogecoin, and the subsequent impacts on its price.
The plaintiff claimed that every social media statement and endorsement on Dogecoin by the defendants “knowingly caused millions of people to spend billions of dollars buying into the Dogecoin Crypto Pyramid Scheme.” He alleged that the defendants knew the crypto had “no value” and “falsely and deceptively claimed that Dogecoin is a legitimate investment.”
“Musk used his pedestal as World’s Richest man to operate and manipulate the Dogecoin Pyramid Scheme for profit, exposure and amusement,” the complaint said.
Dogecoin is currently trading at about $0.056, down more than 90% from its all-time high of about $0.74 in May last year.