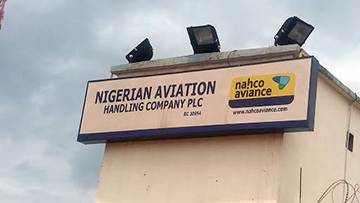 The Nigerian Aviation Handling Company (NAHCO), has launched an investigation into its own staff, following allegations of suspected sabotage after a piece of its equipment collided with an Air Peace aircraft.

The NAHCO, a Nigeria based ground handling operator, has since suspended its staff after the incident, which took place on January 4, 2023, reported Nigerian local media This Day.

The aircraft, an Airbus A320 registered ES-SAZ, was damaged after NAHCO staff rammed a piece of equipment they were driving into the aircraft, the report reveals.

NAHCO management, including Dr. Sola Obabori, Group Executive Director, Business and Corporate Services, has described the incident as ‘unfortunate’, having shared a ‘cordial’ business relationship with Air Peace since the ground handler’s inception in 1979.

A statement signed by Obabori read, “We have invited the relevant regulatory and security agencies to swing into action and especially investigate the subject of sabotage and take an independent look at the incident.

“To enable proper and unhindered investigation, some senior operations officials have been suspended, while some others are being investigated,” the statement continued.