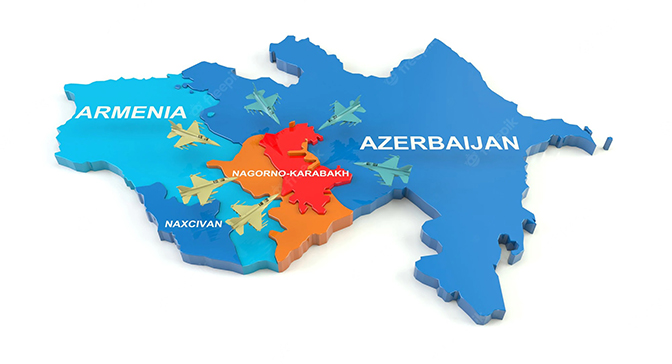 Yerevan, Sept 13 (AFP/APP): Armenia said Tuesday that nearly 50 of its soldiers had been killed in the worst clashes with Azerbaijan since their war two years ago, but Russia said it had convinced the historic rivals to agree to a rapid ceasefire.
After several hours of fierce border fighting overnight, Armenia appealed to world leaders for help, saying Azerbaijani forces were trying to advance on its territory.
The fighting was the worst since the end of a 2020 war between the ex-Soviet republics over the contested Nagorno-Karabakh region that left more than 6,500 killed on both sides.
It came with Yerevan’s closest ally Moscow — which deployed thousands of peacekeepers in the region after the war — distracted by its six-month invasion of Ukraine.
But Russia said it had succeeded in bringing the clashes to a halt, with the foreign ministry in Moscow saying a ceasefire had been agreed from 9:00 am Moscow time (0600 GMT).
“We expect that an agreement reached as a result of Russian mediation on a ceasefire… will be carried out in full,” the ministry said in a statement, adding that it was “extremely concerned” by the uptick in fighting.