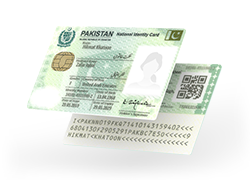 ISLAMABAD, Sep 08 (APP): National Database and Registration Authority (NADRA) has canceled 181 National Identity Cards (NICs) during the last three years and initiated a process against 8,152 individuals for the verification of national status.

A few non-nationals succeeded in obtaining NICs by providing fake documents through connivance of NADRA employees and the NICs of such non-nationals were digitally impounded or cancelled as and when reported, an official source told APP on Thursday. However, the digital impounding of NICs was stopped on the directions of Islamabad High Court.

Due to presence of a large number of illegal immigrants throughout the country, the source said, the NADRA had to be extra vigilant to counter the menace of non-nationals’ inclusion in its database while ensuring that only genuine citizens were registered.

Moreover, he said that NADRA had initiated inquiries against employees involved in the illegal processing and 279 inquiries had been initiated during the period between July 1 last year and June 30 this year as per the E&D Rules 2020. A total of 43 employees were terminated or dismissed from the service, the source maintained.

He said NADRA had taken several initiatives to curb illegal processing which included mandatory requirement of presence and capturing of biometrics of one of the blood relatives (parents or siblings or son or daughter of paternal or maternal grandparents for fresh applicants. In case, there was no blood relative then presence and capturing of biometric of immediate relatives paternal or maternal uncle or aunt or cousin was mandatory.

The birth or education certificates, domiciles or other documents were also collected from fresh applicants while verification from family tree was ensured, or interview of a family member was conducted. However, he said that cases were referred to verification board or verifying agency in case of any doubt.

The source said that SOP had been formulated to evaluate each fresh case processed across the country on daily basis. This was helping the authority in immediately identifying any illegal or grey areas in processing.