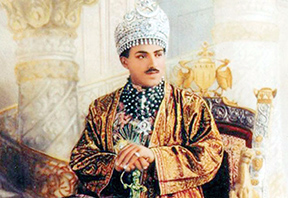 BAHAWALPUR, May 14 (APP): The 56th death anniversary of the 13th and last ruler of Bahawalpur State Nawab Sir Sadiq Muhammad Khan Abbasi V (the fifth) will be observed on May 24.
Quran Khwani would be held at various places in the division for the departed soul.
The main event would be held at Sadiq Garh Palace.
Photographs and books exhibition will also be held at Central Library Bahawalpur in this connection. Deputy Commissioner Bahawalpur Irfan Ali Kathia announced the local holiday within the revenue limits of the district in connection with the death anniversary.