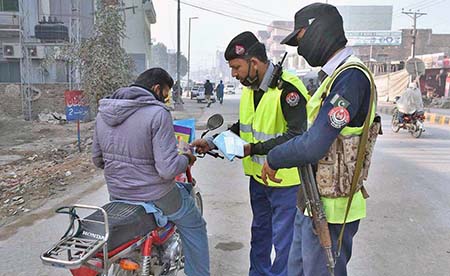 PESHAWAR, Nov 09 (APP): City Traffic Police (CTP) has penalized more than 68000 people for violation of traffic laws during the month of October, said a press release issued here on Wednesday.

It said that last month, the sergeants of traffic police carried out an awareness campaign about traffic laws in various sectors of the city, which was followed by crackdown on the violators.

Chief Traffic Officer (CTO) Abbas Majeed Marwat has expressed satisfaction with the operation of the traffic police and said that they will utilize their all-out capabilities for the implementation of traffic laws.

He further directed the traffic authorities to ensure the enforcement of traffic laws in letter and spirit and showing zero tolerance for any negligence in this regard.