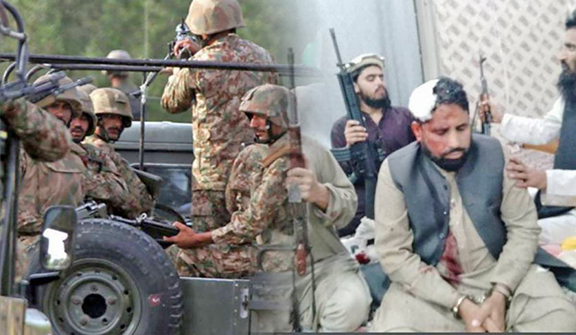 BANNU, Dec 20 (APP): The security forces Tuesday afternoon completed the clearance and rescue operation here at the Counter Terrorism Department (CTD) Centre after killing all the six terrorists, who had made the CTD staff hostage.

Seven soldiers, including an officer, sustained injuries during the operation and were shifted to the Combined Military Hospital Bannu, official sources said.

The security forces completed the operation within 15 minutes, which started at 12:25 p.m., and all the hostages were rescued safely.

The terrorists had besieged the CTD Centre on Sunday after taking the staff hostage. They were demanding a safe airlift to Afghanistan along with their detained accomplices in return for the release of the hostages.

The sources said the CTD compound was further screened after the completion of the rescue operation. Emergency was imposed in all three major hospitals of Bannu, while the local administration as a precautionary measure had closed educational institutions.