Allama Iqbal: A seer for all ages 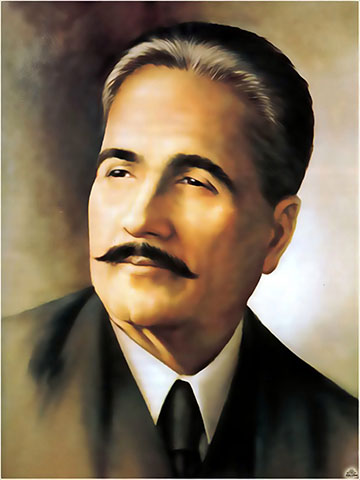 LAHORE: Hundred and forty-five years back, the wife of Sheikh Noor Muhammad gave birth to a child, named Iqbal meaning ‘The Good Fortune.’ With his birth the dream of his father came true, he had seen sometimes back wherein a captive and charming bird had fallen to his bosom when he was standing amidst a crowd.

Bright and shining in studies and thoughts right from his childhood, the great poet-and philosopher was bestowed with magnanimous bounties of Nature as he manifested through his poetry and philosophic thinking that culminated in the creation of a new homeland for the Muslims of the sub-continent.

It was by virtue of his all-encompassing thought process that the sub-continent and the world hailed him as a great seer. Iqbal’s influence was so over-powering that he is loved and revered in all parts of the world from Asia to the Middle East, America and Europe.

Iqbal’s poetry aroused the Muslim youth of British India from a deep slumber by reminding them of their glorious past and breathing into them a new life for waging a struggle against the colonial regime. His vision of humanism, continuous struggle, hope and the self, was inspiring for the Muslims of the sub-continent and beyond.

His poetic works are full of symbols like ‘Shaheen, Self, Bonds between Allah Almighty and Human Beings, and rekindling of the real spirit of Islam and the Holy Quran.

Senator Waleed Iqbal, the grandson of Allama Dr Muhammad Iqbal, interpreted five attributes for ‘Shaheen (Eagle)’ as far-sighted, fearless (challenges the limitless skies), loving solitude for contemplation, not making a permanent home (sojourns on top of mountains) and never preying on a carcass.

“His poetic works and speeches ignited will for independence in the hearts of Muslims of the sub-continent,” Waleed Iqbal said. “Even after one and half centuries, he is a beacon of light to Muslims across the globe.”

“Iqbal had pondered over peace, prosperity, satisfaction and harmony for the world nations and made his homeland and the Islamic identity a special point of reference in his writing,” he said.

Dr Zakria, as an astute Iqbal scholar, sees Iqbal’s ideology as a basis for the reformation of every individual by becoming ‘Mard e Momin’ who may then rise along with colleagues for reforming a nation. “Two verses from Allama Iqbal’s Persian work ‘Masnavi Ramooz e Bekhudi’ embody his message as he believes that an individual and the nation are a mirror to each other. They are like thread and pearl; galaxy and stars – as an individual wins respect due to the nation (Millat) and a nation finds its system in the individuals.”

Allama Iqbal was not only simply a poet but a foreseer of the political and geographical division of the sub-continent as he is called the dreamer of Pakistan because of floating the idea of a separate homeland in his famous Allahabad address of 1930.

Director Idara e Taleef o Tarjuma, (Institute for Compilation and Translations) Punjab University Dr Zahid Munir said Dr Allama Muhammad Iqbal dreamt of a universal society based on principles of justice and equality. “Iqbal associates an ideological status to this concept and demands a separate homeland for the Muslims of the sub-continent. His humanism makes him relevant to all societies and nations as he absorbed knowledge of the world and stood apart from his peers.”

Dr Zahid quoted Dr L. S. May, who in his Memoriam explained, “Iqbal as a young student read voraciously, became conversant with the English language and culture because of their inter-penetration into (Muslim) India. Arabic, Urdu and Persian, respectively the language of the Quran, his mother tongue and the linguistic inheritance of the indo-Muslim elite derived from his Islamic roots. He became acquainted with the alien Greek giants, such as Plato (427-347 BC) and his disciple Aristotle, the German Philosopher Kant (1724-1804), Hegel (1770-1831), Nietzsche (1844-1900), the Frenchman Comte (1797-1857) and Bergson (1859-1941) during his European studies (1905-1908) at Cambridge, where he prepared himself for the Bar, and Munich University which gave him his doctorate in philosophy.

They and many others, including the renowned father of the relativity doctrine, Professor Albert Einstein (1879-1955) and Sigmund Freud (1856-1939), the founder of the modern European school of psychology, both contemporary with him – stirred his mind as his famed Lectures published under the title The Reconstruction of Religious Thought in Islam clearly show. His ability to digest this vast two millennia of Western, and 1300 years of Islamic compendium of knowledge attests to his mental porousness and his genius. He, therefore, may be called a twentieth-century humanist.”

Allam Iqbal is acclaimed as one of the greatest seers of the 20th century and disseminating his message ad vision to the younger generation would help them understand the world without prejudice and bigotry as well as keep pace with the present even without breaking the link with the past.

Welcoming the initiative to also observe November as “Iqbal’s Month”, she hoped, it will help highlight Iqbal’s message in a befitting manner and enlighten the youth about his vision.

Since we celebrate Allama Iqbal’s birth anniversary on November 09 every year, it is imperative to highlight his teachings in curricula and syllabi to educate our youth on the great persona of Iqbal and his valuable thoughts, vision and writings.