Another 72 cases of dengue virus were reported in Punjab 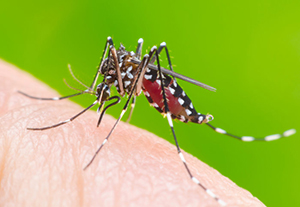 LAHORE, Aug 27 (APP): Another 72 new cases of dengue virus were reported in Punjab on Saturday.
According to the health department, during the current year, a total of 929 cases of dengue virus were reported, and 3 people died from the virus while 221 patients were under treatment in different hospitals of the province.
The Punjab Primary and Secondary Healthcare Department said that 29 cases of dengue were reported in Rawalpindi, 34 in Lahore, 02 in Muzaffargarh, 01 in Kasur, 01 in Layyah, 01 in Sargodha, 1 in Mandi Bahaudin, 01 in Nankana Sahib, 01 in Faisalabad and one case of dengue virus in Attock during the last
24 hours.
All the suspected dengue cases have been kept in surveillance and their tests are being conducted.
The anti-dengue squad under the Punjab Primary and Secondary Healthcare Department (P&SHD) destroyed dengue larvae at 579 places in the province during continuous daily based surveillance.
The anti-dengue squad conducted surveillance at 335,115 indoor and 93,645 outdoor places in different areas to detect dengue larvae during the last 24 hours.
The P&SHD urged the people to adopt precautionary measures and keep their environment clean and dry to protect themselves from dengue.