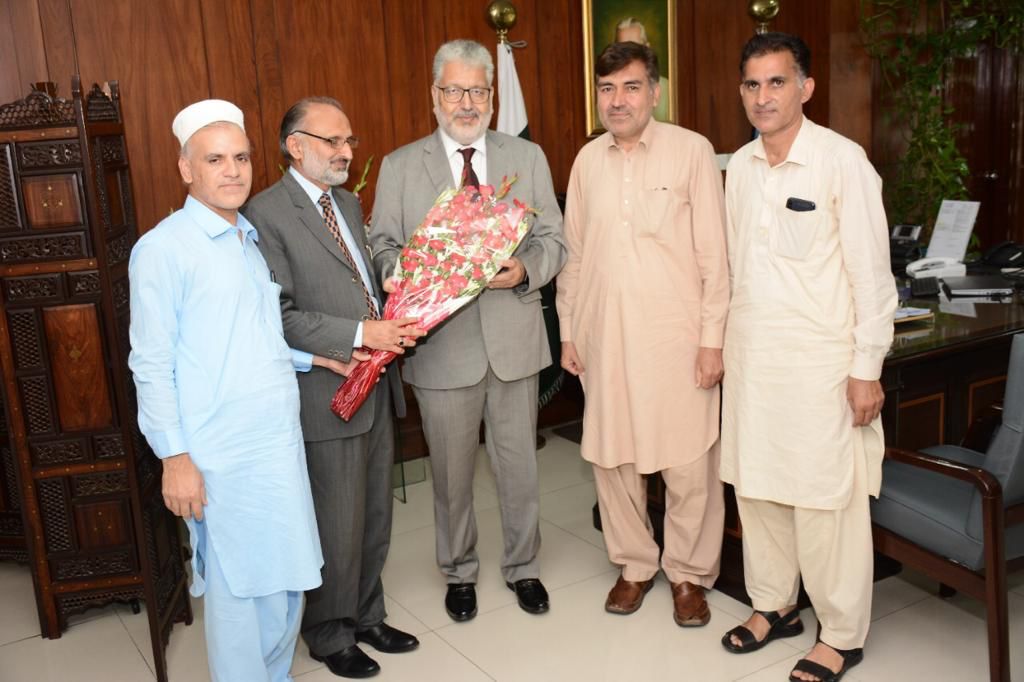 Yesterday in the morning an APUBTA delegation comprising of Prof. Dr. Mushtaq Sajid from Uni of Kotli AJK, Dr. Sami ur Rahman, Dr. Imtiaz Ahmad, and Dr. Javed had a meeting with the new Chairman HEC, Prof. Dr. Mukhtar Ahmed and the delegation congratulated him on the new position.

The issues of BPS faculty were discussed briefly. Chairman HEC said that he would need some time to understand the issue. President APUBTA handover him the proceedings of the APUBTA-HEC meetings, APUBTA response to different observations raised by the HEC, and a handbook of two years struggle of the APUBTA and other materials.