Around 50,000 olive oil trees planted in four UC of Abbottabad 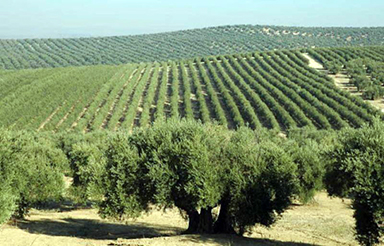 ABBOTTABAD, Sep 02 (APP): Deputy Commissioner Abbottabad Friday said that more than 50,000 Olive plants on an area of 500 hectares were planted in four union councils of district Abbottabad by the agriculture department and successfully conducted the olive pilot project.
He expressed these views while addressing the key’s distributed ceremony of motorcycles amongst the field staff of the Agriculture Department under the ICT project.
The deputy commissioner said that agriculture is the backbone of any country’s development, for which the administration is ensuring all possible support to the Agriculture Department.
More steps would be taken regarding olive plantations in other districts of Khyber Pakhtunkhwa adding he said that the efficiency of the Agriculture Department will be further improved through modern mobility vehicles and technology for communication.
The DC further said that the government of KP has launched an olive plantation and grafting project for Abbottabad district in March 2022, the olive tree and its oil have great importance in Islam.
Tariq Salam Marwat emphasized that Abbottabad is very suitable for the plantation and transplantation of Olive trees, in this regard district administration will ensure all possible cooperation with the Agriculture Department.
District Director Agriculture Department Mukhtiar-ur-Rehman Yousafzai thanked Deputy Commissioner Abbottabad for participating in the program and highlighted the challenges faced during the olive pilot project.
Describing Abbottabad as suitable for olive cultivation, he appreciated the cooperation of the district administration and the landowners and expressed hope that the administration would continue its support to the Agriculture Department to carry out olive cultivation on a large scale in the future.
DC and district agriculture officers also distributed certificates of honor to the officers and farmers who showed excellent performance during the project.
Earlier, Deputy Commissioner Abbottabad also inspected various sections of the Agriculture Department, including model farms. He appreciated the provision of motorbikes to the field staff under the ICT project and distributed the keys of the motorbikes to the field staff.
The main objective of the Olive pilot project is to focus on sustainable agriculture growth with the aim of eradicating poverty and hunger, achieving food security and improved nutrition and promoting sustainable agriculture.
Following the KP government instructions in Abbottabad district, plantation and grafting of olive trees were carried out under a pilot project in 4 Union Councils including Dhamtur, Bagh, Kothwal and Sarbhana by the Department of Agriculture.
Under the ICT project, more than 50 thousand wild Kahu trees were successfully grafted till August 2022. For this process, the Department of Agriculture, Abbottabad, with the support of the local community, hired trained and expert staff for olive grafting on wild Kahu trees.
During olive planting, the locals and farmers actively participated in the project by ensuring cooperation with the Department of Agriculture and played their role in making the pilot project successful.