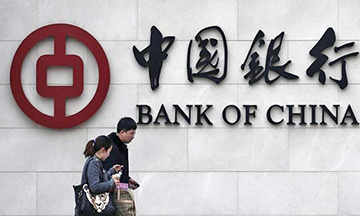 BEIJING, Nov 5 (APP): China’s central bank has signed an agreement with the State Bank of Pakistan to establish RMB clearing arrangements in Pakistan.

According to a statement on the People’s Bank of China website, these arrangements will assist enterprises and financial institutions in both countries in conducting cross-border transactions using the RMB. They will also facilitate bilateral trade and investment, according to the bank.

At present, the emerging markets demonstrated a low elasticity of demand for US dollars. The currencies of developing countries will inevitably depreciate as a result of a possible negative spillover effect caused by a surge in USD interest rates and a monetary tightening cycle, China Economic Net (CEN) reported.

As per a report titled “2022 RMB internationalization report”, conducted by the bank of China, about 78.8% of the surveyed global industrial and commercial firms are thinking about adopting RMB or growing its [RMB] share in cross-border transactions. According to SWFIT data, in 2021, RMB made up 2.7% of all currency payments made by nations, recording an increase of 1% over the previous five years.

As inflation and energy crises in Europe and the United States have eroded market confidence, and China’s economy is the same size as the EU’s, the RMB may become a future safe haven for investors.

Since 2006, annual trade between Pakistan and China has averaged 17.61 billion US dollars (Source CEIC). According to the joint statement released after the Pakistani prime minister’s visit to China, the two are expected to enhance trade liberalization under the second phase of CPFTA and fully leverage overland trade and exchanges.

Direct settlement and clearing in RMB between China and Pakistan can balance the possible trade fluctuations caused by changes in U.S.dollars. Moreover, RMB clearing can be a fast track for China and Pakistan to deepen industrial cooperation in financing and purchasing.

The trade volume of Belt and Road countries has reached 11.6 trillion yuan in 2021. If RMB clearing and settlement is encouraged, trade efficiency in countries along the Belt and Road will improve, as will more extensive financial cooperation.