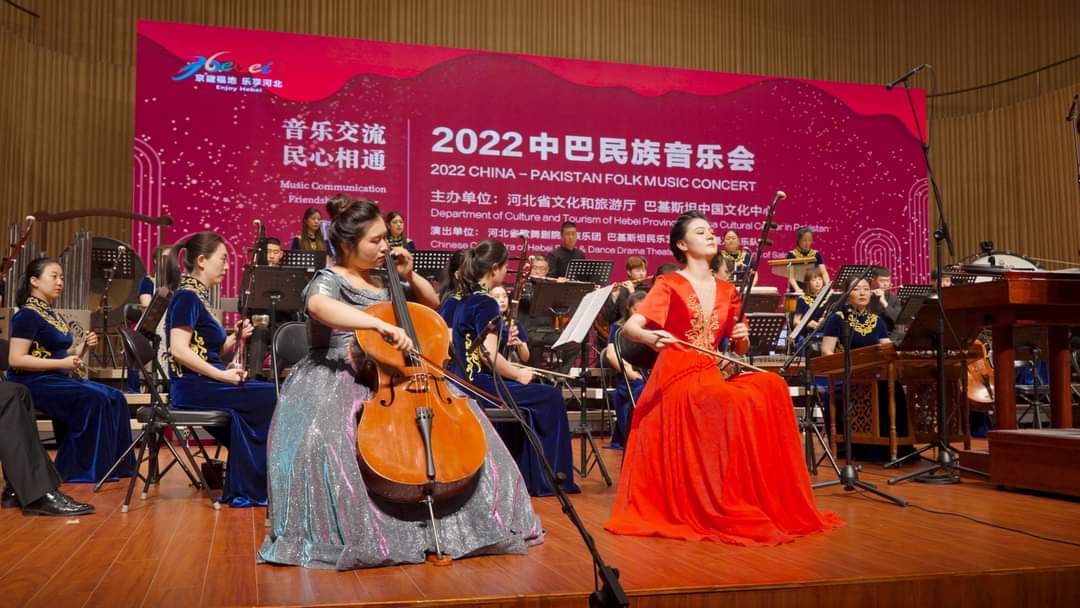 ISLAMABAD: China Cultural Center in Pakistan and the Hebei Provincial Department of Culture and Tourism of China, in collaboration with Pakistan National Council of Arts (PNCA), jointly produced the China-Pakistan Folk Music Concert to promote China-Pakistan cultural exchanges and cooperation, and to highlight the bilateral ironclad friendship.

The concert went live online via chinanews.com and the official Facebook page of the China Cultural Center in Pakistan with culture and tourism promotion films from both countries. Video speeches by senior officials from each country were also given before the concert.

The concert was performed by the Chinese Orchestra of Hebei Song and Dance Theater, and the Pakistani Folk Band of Salman Adil / National Performing Arts Group of PNCA.

In the 80-minute live online concert, artists from the Chinese Orchestra of Hebei Song and Dance Theater also performed different musical performances. These include “Battling Against Typhoon” played on Guzheng by Zhang Pei, the musical “date Harvest” by Zhang Guoming, Wu Yahui, Wang Haiyun using Suona, which is a traditional Chinese musical instrument with a double-reed horn as well as a Musical performance by Pakistani artists such as Pakistani Folk tune of Rubab and Tabla, “Man di mauj vich” by santoor artist Ali Raza and flute performance “Heer Ranjha and Mast Qalandar” by Salman Adil.

After years of practice and development, especially after 2018, it has gradually developed into a full-staffed national orchestra with much high musical literacy. It has performed in the United States, Japan, Singapore, Italy, Greece, North Korea, Mongolia, Malaysia, Thailand, and other countries as well as Hong Kong, Macao, and Taiwan.

Salman Adil is a famous Pakistani musician who is good at playing flute and singing. He has published many albums such as “Dream Journey”. He is a member of the National Arts Council of Pakistan and has toured many countries and regions or participated in cultural exchange activities on behalf of Pakistan.