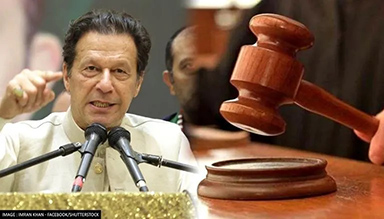 ISLAMABAD, Sep 30 (APP): A local court of Islamabad on Friday confirmed the interim bail of former prime minister Imran Khan in a case of violation of Section 144 registered by the Aabpara Police Station.

At the outset of the hearing, the court remarked that the prosecution had to present the evidence regarding the allegation on Imran Khan of provoking the protesters.

Imran Khan’s counsel Dr Babar Awan told the court that it was 21st first information report (FIR) registered by the Islamabad Police against his client.

After listening to arguments, the court confirmed the interim bail of Imran Khan.

The PTI chairman also visited the court of Judicial Magistrate Zeba Chaudhry to formally tender an apology for his threatening remarks about her. However, he was informed that the said judge was on leave. At this, Imran Khan asked the court reader to convey his apology to the judicial magistrate.