Court issues written order regarding the suspension of Dar’s warrants 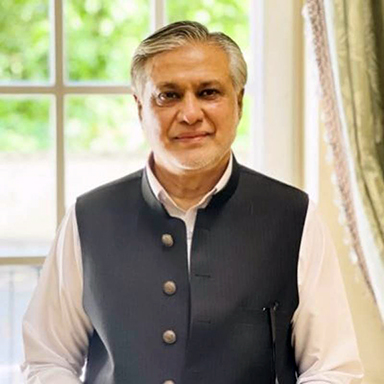 ISLAMABAD, Sep 24 (APP): An Accountability Court (AC) on Saturday issued a written order regarding the suspension of arrest warrants against former finance minister Ishaq Dar.
The order said that the National Accountability Bureau (NAB) had not raised any objection on the petition filed by the former finance minister.
According to the application, Ishaq Dar could not appear before the court due to illness and suspension of his passport.
It further said that the purpose of the issuance of the arrest warrants was to ensure the attendance of the accused during trial. It was necessary to give him one opportunity to appear if he wanted to surrender, the court added.
The court said that it was giving chance to Ishaq Dar to surrender before it till October 7, after returning to his home country. The arrest warrants against him would remain suspended till that time.
The court stopped the authorities from arresting Ishaq Dar and instructed him to surrender voluntarily.
AC-Judge Muhammad Bashir issued the written order in the case. It may be mentioned here that the court had issued his permanent arrest warrants in May this year on his continuous disappearance in a reference pertaining to holding assets beyond sources of income.