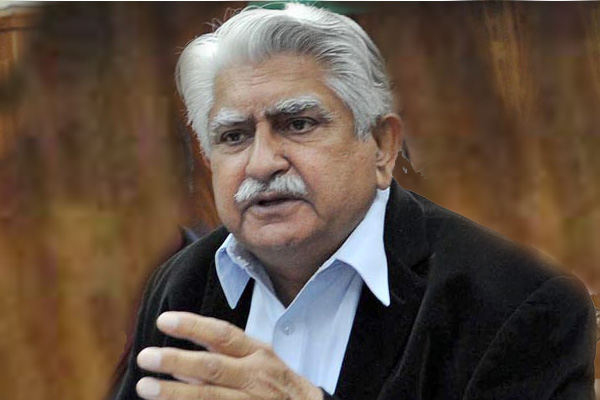 Late Haji Mohammad Adeel, a Hindko speaker, was from a family of anti-imperialists, the son of Hakeem Abdul Jalil (Hakeem Sahib an active member of Non-Violence and Khudai Khidmatgar Movements against the British Empire in the Sub-Continent and was the president of All India National Congress Committee Peshawar District. He was a close colleague of Bacha Khan and Mahatama Gandhi and a Member of the Central working committee of Congress.

He had also represented Khyber Pakhtunkhwa in the National Finance Commission of Pakistan and was also a member of the standing committees on Interior, Defence, Defence Production, Textile Industry, Information and Broadcasting, and Functional Committee on Problems of Less Developed Areas.

He was Parliamentary Leader in Senate and also remained president of ANP for a short time, Chairman Election Commission of ANP, and Coordinator ANP Lawyers.

Due to his active role in the National Finance Commission (NFC) Award, he was also conferred with Sitara-e-Imtiaz by the then President of Pakistan Asif Ali Zardari.

Haji Adeel believed in friendly relations between India and Pakistan and led the caucus of parliamentarians for New South Asia. In 2010, Haji Muhammad Adeel declared Hindu Raja Dahir as the hero of the Pashtuns over Muhammad bin Qasim.