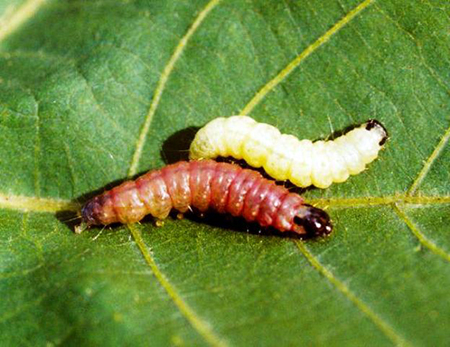 MULTAN, Sep 08 (APP): Agriculture experts Thursday warned cotton farmers against the rising incidence of pink bollworm as the crop entered a critical stage of growth and urged them to follow a strategy prescribed by Central Cotton Research Institute (CCRI) Multan scientists to avert potential losses.
In a statement issued here, CCRI Multan spokesman said that the cotton crop has entered an important stage of growth wherein the process of formation of flowers, buds and bolls was in progress. However, at the same time, the incidence of pink bollworm was also on the rise.
Experts said that farmers should apply three sprays during the next three weeks in case of an intense pink bollworm attack. Prescribing the first spray, they said, farmers should apply a spray of Profenophos plus 600ml Cypermytherine in 100 litres of water per acre. The second spray of 120ml Spinetoram or Deltamytherine plus 600ml Tryezophos in 100 liters of water is applied per acre some 5-6 days after the first spray. The third spray of 100ml Gemasai Belothrine in 100 liters of water per acre be applied after 5-6 days of the second spray.
CCRI Multan director Dr. Zahid Mahmood advised farmers to avoid spray in case of low-intensity pink bollworm attack or should consult experts for further action. Farmers should also install pheromone traps, he said, adding that eight pheromone traps should be installed per acre and their capsules be replaced fortnightly.