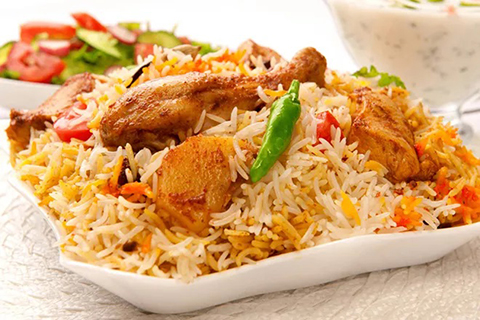 ISLAMABAD, Sep 18 (APP): The country would face serious impacts on its agricultural produce causing a food security crisis and disruption in its agri exports as the devastating monsoon floods have a big toll on the agriculture sector in Pakistan, said the Climate Smart Agriculture Experts on Sunday.

“While the country is already undergoing a shortage of 2.6 billion tonnes of wheat, this would seriously affect food security. Moreover, as Pakistan is the fifth-largest cotton producer, accounting for 5 percent of global output, the damage could further shrink the world’s cotton supply. It may even force Pakistan to increase cotton imports. Pakistan is the world’s fourth largest rice exporter. The hot and dry conditions early in the season and the recent floods have ravaged large swathes of rice lands so will slash rice yield again impacting the rice economy and food security, Climate Smart Agriculture Experts Dr. Pashupati Chaudhary and Dr Ishfaq Ahmad told APP while sharing their account of massive collateral, economic and human life losses during the unprecedented torrential rains that caused massive inundation in the north and south of the country.

Dr Pashupati Chaudhry said climate change and increasingly erratic extreme weather events were causing a surge in natural disasters such as, inter alia, heat waves and floods across the world. “Flood is amongst the most frequently occurring disasters affecting several million people and impacting several hundred billion of the economy across the world. Due to climate change, mainly warming, and extreme events and flood-led disasters have increased in frequencies and magnitudes in recent decades. Southeast Asia and South Asia are the hotspots for natural disasters, in particular floods, with immense impacts on people’s livelihoods and economy at trans-boundary level since the region is home to several trans-boundary rivers”, he told.

Dr Ashfaq Ahmad said Pakistan recently sustained one of the most devastating flood-led disasters in the history. “Record monsoon rains, glacier melting and severe heat waves have triggered floods since mid-June 2022 that have swept away houses, roads, railway tracks, bridges, livestock and crops, and killed more than 1,400 people.” “Growing crops such as cotton, rice, sugarcane, sesame, moong, fodder, orchards and vegetables like onions and tomatoes are damaged, inundated, or washed away. Floods have also caused land degradation, sand deposition, siltation, and prolonged inundation making the lands unfit for planting winter crops such as wheat, cotton, oilseed, and a large number of winter vegetables. In some cases, there will be a delay in planting time. While the country is already undergoing a shortage of 2.6 billion tons of wheat, this will seriously affect food security.

Moreover, as Pakistan is the fifth-largest cotton producer, accounting for 5 percent of global output, the damage could further shrink the world’s cotton supply. It may even force Pakistan to increase cotton imports. Pakistan is the world’s fourth largest rice exporter. The hot and dry conditions early in the season and the recent floods have ravaged large swathes of rice lands so will slash rice yield again impacting the rice economy and food security.” Experts opined that Sindh and Balochistan were the hardest hit provinces. Sindh province accounts for 55 percent of the country’s onion production and it is estimated that the recent floods destroyed about 70 percent onion. In Balochistan, it is estimated through local researchers that the recent downpours and flash floods have damaged around 50 percent peach and 30 percent apple. Moreover, the damages to rural infrastructures such as irrigation canals, roads, markets, and warehouses will immensely impact agricultural production, marketing, and distribution particularly the cotton crop.

“The federal government has estimated a loss of at least $10 billion caused by torrential rains and subsequent floods, with Sindh, in particular, suffering damages of over $1.6bn (Rs355bn). Pakistan must be prepared to increase food import to make up for smaller domestic harvests. Countries that generally rely on Pakistan’s exports, including rice and cotton, will need to find alternative sources, which will. put additional pressure on global commodity supplies,” they added. To address the situation, the experts mentioned that the government has taken multiple measures along with various national and international allies. Federal and provincial governments have evacuated people from the affected areas and distributed basic necessitates. But that is not adequate. Pakistan will require financial and technical resources which the country may lack. To materialize its promises, the country and development partners can follow a well-established disaster response mechanism that encompasses rescue and relief, recovery, and reconstruction. Rescue and relief is about immediate actions such as food, clean water, medicine distribution, support in sheltering, setting up a community resilience centers and relocation of livestock. The current initiative in this is not the end solution. Some medium to long-term interventions are required to bring back a better future of the affected people as discussed below, they expressed.

To a question, they said recovery involved short-term interventions such as distribution of seeds, repairment of small infrastructure damaged by flood, small-scale land reclaiming by clearing out sands, drainage of floodwater, provision of improved crop varieties, promoting sowing of next crop on raised beds, spraying insect repellents to protect livestock and timely vaccination of animals. “There is a dire need for adequate water and sanitation measure in order to prevent the widespread outbreak of diseases such dengue and malaria in humans. Following these initiatives, there must be planning for devising long term measures to ensure reconstruction and rehabilitation. Reconstruction and Rehabilitation, the experts said was about agricultural land rehabilitation, cleaning lands, reconstruction of infrastructure, soil fertility improvement, repair and maintenance of irrigation and drainage systems, and construction of embankments and bunds, spurs and studs, gabions and protection and retaining walls for diverting high flows through breaching sections and reducing flood velocity. There was also an opportunity for some farmers to construct fish farms in high-level water areas, they added.