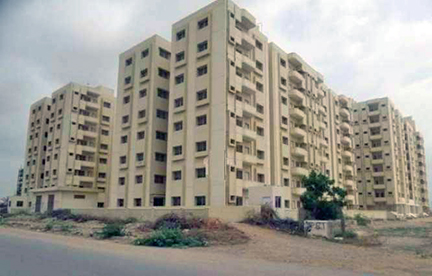 ISLAMABAD, Nov 28 (APP): The Federal Government Employees Housing Authority (FGEHA) is planning to launch new residential projects in eight major cities of the country, including the twin cities of Rawalpindi and Islamabad.
“The new housing projects will be started for federal government employees and the general public on the basis of the joint venture,” sources in the Ministry of Housing and Works told APP.
They said the new residential projects would be launched in Islamabad, Rawalpindi, Lahore, Peshawar, Quetta, Multan, Faisalabad and Karachi which would be included plots, houses and apartments.
“The Expressions of Interest (EoI) have been sought from land owners, companies, and firms in this regard,” the sources added.
They said the applications were invited from land owners/developers/firms and eligible individuals for the supply of land for housing schemes (plots, houses and apartments) projects in major cities of the country.
The sources said the applications for acquiring the land for the projects and their selection would be done as per Joint Venture Regulations 2020.
The authority would receive applications for expressing interest in FGEHA residential projects by December 22, they added.