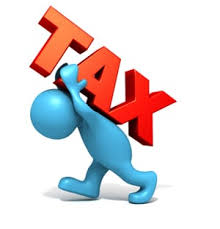 POOR tax policies have historically curbed economic growth and development. Rather than carefully developing a policy with adequate legal basis, the hunger for revenue leads to more and more brutal tax regimes and new taxes added on to the existing ones regardless of their consequences for the economy.
“The rub becomes more abrasive when taxpayers feel the state does not give anything back to them.”
Recognising the weakness of the tax administration, withholding income taxes were imposed on all manners of transactions, including utility bills, school fees, bank transactions, telephone bills, etc. Businesses, utilities, banks and even schools have become tax-collection agencies, adding to their costs of doing business.
ONE of the bigger issues with our tax system is the deep-rooted unfairness that has been built, by default but often by design, into the system. Those who are documented and in the tax net, by choice but often due to the nature of their job/business, pay a lot. At the same time, those who are able to avoid documentation have been getting away with paying very little or nothing for a long time, and, to add insult to injury, many have been rewarded repeatedly by the state through amnesties of one sort or another. In addition, the state has removed many taxes to again benefit particular classes, while there are also entire sectors that have, at one time or another, been exempted from taxation.
Unfortunately in Pakistan, successive governments have used taxation as a tool to extort from the masses as much as possible for their own comforts and luxuries. By resorting to repressive tax laws, they have been making the rich, richer, and the poor, poorer. This, in turn, is stifling growth and discouraging business transactions through complex laws and cumbersome procedures.
Our financial managers are caught up in a dilemma. On the one hand, there is a mounting pressure to reduce fiscal deficit through improved collections, while, on the other, they are not ready to abolish innumerable tax exemptions and concessions available to the rich and the mighty.
The International Monetary Fund (IMF) in its parleys with Pakistan has never raised the issue of violation of constitutional provisions and burdening the poor with unprecedented taxes on basic consumption products. Over time, our tax system has become rotten, oppressive, unjust and target-oriented. We should liberate ourselves from the reform game of the foreign donors. The tax policies implemented by us on the dictates of foreign lenders have led to abject poverty for the vast majority of people.
These policies are not making us self-reliant. On the contrary, they are destroying our industry and businesses. If we manage to formulate a rational tax policy through public debate and parliamentary process, and implement it through consensus, and not coercive measures, there is every possibility to get rid of the lenders in the years ahead.
The culpability of IMF ‘bosses’ who put pressure on our economic managers to follow their faulty prescriptions is undeniable. They demand the imposition of more regressive taxes and do not care even if it means phenomenally raising the sales tax rate. They know that such actions not only put burden on the poor, but also constitute an open violation of Articles 77 and 162 of the Constitution.
In their own countries, they love to talk about the ‘rule of law’, but in countries like Pakistan, they force the governments to violate the supreme law of the land. This is blatant hypocrisy.