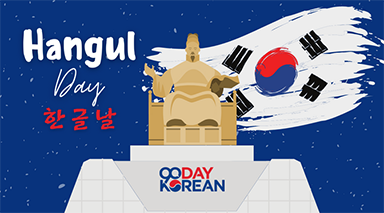 ISLAMABAD, Oct 07 (APP): Ambassador of the Republic of Korea Suh-Sangpyo on Friday said that Korean government was enhancing visa opportunities for Pakistani nationals, which would further extend the bilateral relations.

He stated this during his visit to the National University of Modern Languages (NUML) to attend Hangul Day (Korean alphabet Day) as chief guest.

The ambassador said that NUML is playing a pivotal role in promoting Korean language in Pakistan and Korean Embassy will further enhance the interactions with NUML in future.
He paid rich tribute to King Sejong who introduced Korean alphabets which led Korea to become a developed state.

Speaking on the occasion, Director General NUML Brig Syed Nadir Ali said that Korean language is one of the few languages of the world whose creation is well documented in history.

“We often talk about the rapid progress Korea has made in a short span of time but seldom acknowledged the part played by Korean language in achieving this greatness”, he said.

The DG said that language and cultural play a vital for promoting relations between countries and NUML is effectively serving the national cause.