HEC: The Higher Education Confusion and its Commission 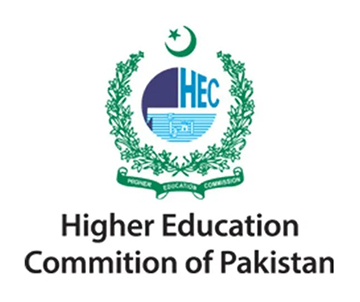 Confusion arises everywhere in this competitive world, especially in developing countries, but the same is resolved through the modern tools of education and specifically through Higher Education.

The government of Pakistan tried the same in 2002 to establish a commission for resolving the challenging issues to promote higher education, but unfortunately, the commission itself stuck down in a status of confusion, and thus the country, unfortunately, had a Higher Education Confusion (HEC). To have a shortcut for progress, the commission is great confusion and divided the teachers of universities into groups and introduced and strongly tried to impose a new imported system of tenure track without evaluating and improving the existing structure thus violating the basic rights of existing teachers that were even secured in the same ordinance via Section 22-2(e). The university teachers showed great resistance to the created confusion and denied the imposition of the new imported structure without consent, which is a basic right of the government employees.

The confusion did not stop here, but was severely promoted and imposed on new entrants to get something. Even universities were notified that in violation of the same imposition funding shall be stopped. Many discriminatory rules have been introduced and illegal unequal payment is continued without job security as project employees with the same duties. In the last 20 years, the confusion hardly has been imposed merely on 10% of teachers with an investment of 50% for the higher education confusion budget. The confusion is increasing day by day as nothing is availed as a significant achievement to justify the huge investment so far except for discrimination and violation. On the other hand, among the BPS teachers, 90% are discouraged though they are producing much more required research than the other costly group. The hurdles are artificially created for this mega group through a systematic approach and violation of several clear sections of the ordinance and the constitution of Pakistan to join the new system.

The discriminatory policies raised so far by higher education confusion is highlighted in a variety of articles by the author. The right of promotion to the BPS category of teachers is denied through a clear violation of section 10-q of the ordinance which raises many questions. How is the same section applies only to 10% with higher salaries for contract project-based employees and denied for 90% with a regular status? Why is the project not declared unsuccessful if the achievements are not shared even with 50% investment on the same? The higher education confusion has been highlighted and intimated several times to concerned government officials and HEC during the last two years in at least 30 official meetings by the cabinet members of the All Pakistan Universities BPS Teachers Association (APUBTA). The association was assigned the task of framing statutes that has been submitted two years ago, but the confusion is still on top, and approval is not yet granted for the same. The APUBTA recorded a protest of countrywide Universities in front of the HEC on March 28, that was ended with a declaration to approve the same BPS promotion statutes by mid of May 2022, but in vain. This discriminatory violation of higher education confusion has ruined and unbalanced the creativity of highly learned PhD employees that contribute much more than their highly paid loved ones.

The violation of various sections of the ordinance has raised seniority issues that shall eventually lead to a protest for the closure of the countrywide universities if the fundamental legitimate rights of promotion are not granted with backdating benefits. The Higher Education confusion must be relaxed while reading and implementing its own ordinance to concentrate on the tasks assigned in a peaceful environment without violation of the ordinance and Article 25 for equal rights of the constitution of Pakistan.