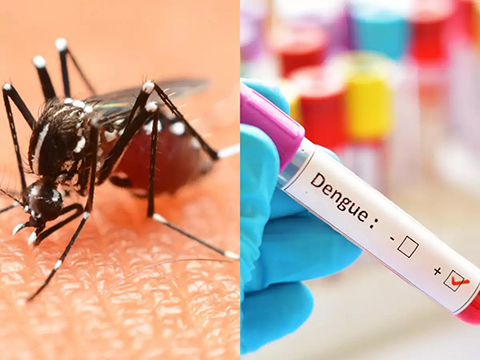 ISLAMABAD, Sep 15 (APP): Islamabad Health Care Regulatory Authority (IHCRA) has fixed Rs1800 for dengue test fee at private laboratories to facilitate the masses.
People can get their tests done at IHRA certified laboratories at a discounted rate, deputy commissioner Islamabad Irfan Nawaz Memon told the media on Thursday.
He said Islamabad Capital Territory Administration (ICTA) was making all-out efforts to keep citizens safe from dengue.
To prevent a dengue outbreak in the metropolis, he said all the stakeholders were taken onboard to expedite actions to contain the deadly virus.
A dengue awareness campaign was also underway in schools, public parks, bus stands, shopping malls and hospitals to sensitize the masses about preventive measures for dengue.
Around 192 patients were detected positive with the deadly fever during the last 24 hours, said the DC.
Memon said separate wards and beds were allocated in government and private hospitals for the purpose.
The number of dengue patients in various government and private hospitals was 821.
All the assistant commissioners and surveillance teams were checking dengue hotspots on a daily basis, including junkyards, bus stops, tyre shops, under construction sites, service stations, and graveyards.
Last day, he said around 50 raids were conducted in Tarlai, Alipur Farash, Bhara Kahu, Nelore, Tarnol, Kuri Road and other places to ensure the implementation of anti-dengue standard operating procedures, he added.
The DC said multiple teams were also leading the anti-dengue fumigation drive that include workers from the Capital Development Authority (CDA), Municipal Corporation of Islamabad (MCI) and other departments.
“All housing societies were directed to increase their fumigation activities,” said the DC. “A team is also tasked with rapid response for areas where dengue cases surface,” he added.
He said the ICTA administration had also imposed Section 144 in the city. Legal action will be taken against anyone found letting water accumulate outside their homes.
An official in ICTA told APP that Islamabad’s suburbs have begun to report a rising number of cases.