Jaffar Express train to restart the operation from 20th 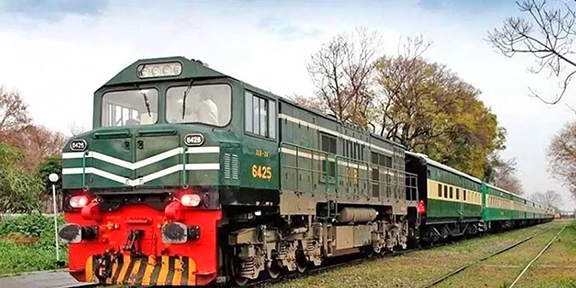 LAHORE, Nov 12 (APP): The Pakistan Railways has decided to restore the Jaffar Express train (Peshawar-Quetta) up to Mach railway station from November 20.
The decision was taken in a meeting presided over by PR Minister Khawaja Saad Rafique at
the PR Headquarters here on Saturday. It was decided that passengers from Mach to Quetta
would be transported by buses under the security of the Balochistan government.
The Railways had especially constructed seven new washrooms and two power generators
had been installed at Mach Railway Station to facilitate passengers.
The minister directed the administration to install new benches and additional water
coolers besides the security of passengers.
The minister appreciated the Divisional Superintendent Quetta for completing 50 percent Hirok
bridge on a war footing.
It was decided that suggestions would be sought from the chamber of commerce to increase
revenue at Quetta-Taftan section.
The minister also directed getting approval of revised PC1 of the conversion railway stations
on the solar systems as early as possible.
The meeting was briefed about occupancy and earning of trains and decided to make an evaluation
of each train.
The divisional superintendent of Peshawar has been ordered to take strict action against
Encroaches.