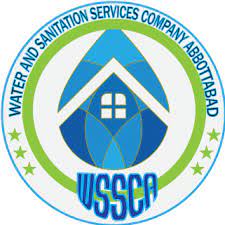 ABBOTTABAD, Aug 11 (APP): Major (Retd) Zulfiqar Ahmed on Thursday was elected as the new Chairman of Water and Sanitation Services Company Abbottabad (WSSCA), during the 48th meeting of the Board of Directors (BoD).

According to the details issued here, the 48th meeting of the Board of Directors was held at the WSSCA office where Major (Retd) Zulfiqar Ahmed was unanimously elected as the fifth Chairman of the BoD. Earlier, Sarfaraz Khan Jadoon had announced his resignation from the post on the 2nd of August, after which the election of the new chairman was conducted.

Zulfiqar has also received Tamgha Imtiaz Military for his excellent services in Pakistan Army and has been a member of the Board of Directors of WSSCA for the past one and a half years.

According to the recent decision of the provincial cabinet, Company Secretary Tania Khan Jadoon gave a detailed briefing regarding the planning of expanding the jurisdiction of the WSSCA to 23 more village councils.