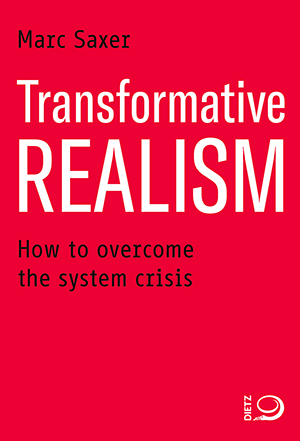 Marc Saxer, the author, said that the book was written in the German context with the aim to address the looming economic crisis. He said that while the mitigation of looming challenges like climate change, democracy, and financial meltdown required a robust transformation of our political systems from head to toe, transformative realism was a far cry on both, global and national levels. Saxer added that the book also dwelled on what was the new geopolitical order, what was the way forward for countries, and what was the comparative advantage that the states had with respect to the world. He said that there was a need for social re-engineering of the society and its structure. Transformative alliances could be guaranteed only if deliberately brought with adequate resources to break through status quo alliances and it was vital to create platforms where all of the above could come forth as one, he said.

Dr Mujeeb Afzal, Assistant Professor at School of Politics and International Relations (SPIR), Quaid-i-Azam University, commented that modern societies were complex and it was the system’s inability that produced problems that it was not able to solve. Hence the way that these societies were creating and consuming things created crisis and instability. The resistance to change was due to a combination of status quo forces, which interpreted resistance in their view of moralism. The Technocrats were not able to provide any solution and hence change was only possible through restructuring the social order as there was a dire need to break the inertia, he added. Dr Afzal said that capitalism had faced many challenges but had proven to be powerful enough as it had invented and reinvented itself many a times. Hence, its potential to reinvent itself in the current crisis, could not be underestimated at any cost, he added.

Ambassador Nadeem Riyaz, President IRS complimented Saxer for being an avid writer on democratization and transformation in both developed and developing societies. He said that the book made it easier for his readers to understand the multifarious challenges confronting societies across the globe to become better democracies. He commented that the book was less about the crisis crippling the society. It was not about the what and why of change but was mostly focused about ‘how’ to bring about change. Ambassador Riyaz said that Saxer in his book, advocated ideas that gave academics and scholars ways to re-orienting their democratic struggle with renewed hope.