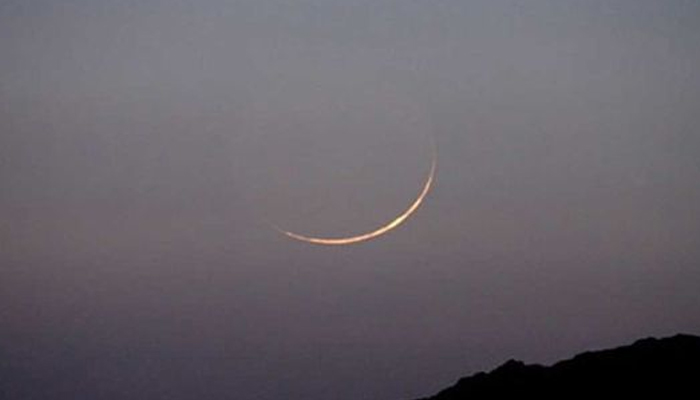 The new moon phenomenon comes to light every year once Eid is upon us. Consequently, the ending of the month of Ramazan gets embroiled in a controversy called ‘New Moon Sighting’. I asked many of my students and colleagues that since the moon is around for millions of years, what exactly do you mean by a new moon. And I was astonished to know that the vast majority could not answer the question properly. Therefore, it is important to understand the celestial phenomenon of a New Moon, which happens twelve times a year.

The moon goes in an orbit around the earth that it completes in 29.53 days called lunar month. The earth rotates on its axis and completes one rotation in 24 hrs aprox. Each day moon covers few degrees in sky while earth makes a complete rotation. Since both, orbit of moon around earth and rotation of earth on its axis, are in counterclockwise direction, the earth catches up on moon every day as it slowly goes by in its orbit. Finally, comes a point when the moon is directly between earth and sun, where it becomes invisible. The next day it moves slightly forward in its orbit so that the sun light bounces off its lower edge and it becomes visible to us. This is the new moon. And its visible in the western hemisphere, over the western horizon, always because the earth is moving counterclockwise on its axis. Thus each day it moves farther away from sun in its orbit and becomes more and more illuminated as depicted below.

It is easy to understand that it can be pre-calculated when the moon will be visible to whom. The problem with the religious scholars is that while quoting the Hadees on sighting of the moon with ones’ own eyes, they do just that – quote the Hadees without exploring into its manifestation. What it means and emphasizes is that the process of sighting of the new moon implies ‘verification’ of the phenomenon that is called the new moon. One must ‘Verify’ the fact that the astronomical phenomenon has taken place. The emphasis, to me, is not on ‘use of eyes’ but the ‘process of verification’ of a fact through a scientific observation. Unfortunately, the Ulema have lost the essence of the process and emphasize only on the use of the eyes.

Having understood that the ‘verification’ is the prime objective, and not the utilization of a pair of eyes, one can deduce that other means to the end – verification of new moon – that are available to mankind, must also be utilized; not as an option but as a compulsion, since these means help consolidate the verification process. These means, of course, are telescopes and scientific calculations on the orbital movement of celestial bodies, that precisely predict the location of a body (moon) at any given time in future. Thus, we must ensure that the new moon sighting is not only left to naked eye but the scientific tools available to us are used so that we are hundred percent sure of our findings, which is the essence of the Hadith.

Case in point is cloud cover/haze over the whole land mass that may render sighting with eyes useless. Would we not commence the new month having known the fact through scientific tools and means that the new moon is actually upon us? The answer should be that in such a case the new month must commence based on the scientific evidence available to us.

Another point to note is that the West and Saudi Arabia will always see it before us since they are in the western side from us. In counter clockwise motion of earth, the Sun rises upon us first, whereas the new moon (position A) rises upon them first. Since the earth is moving away from moon (both rotating counter clockwise) it appears on the horizon for a short while, till next day, when it has moved up a bit farther (position A to B) in its orbit and thus visible a bit longer on the horizon. So it goes till it reaches on the other side of earth from the sun (position E) and appears as full moon (see Fig 2 above).

Thus to conclude, we should understand that the phenomenon of new moon is related to its relative positioning is space w.r.t earth and sun. this occurs once every month when moon completes one orbit and is positioned directly between the earth and the sun. The sighting of new moon, as prescribed in our religion, has to do with verification process of the new moon and not mere use of eyesight. This verification in person must be aided by scientific tools such as telescopes. Furthermore, it is very much possible that the moon sighted in Saudi Arabia is not sighted in Pakistan because of the relative positioning of the moon at that moment.