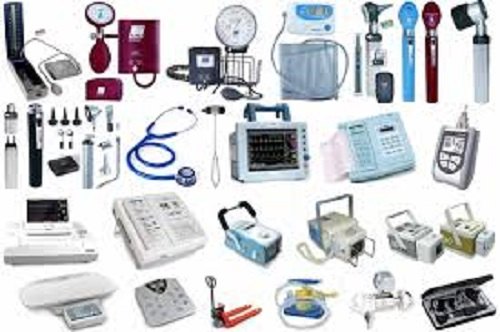 The non-profit organizations (NPOs) providing healthcare services including hospitals last month warned Finance Minister that a 17 percent sales tax on imports and supplies of hospitals is a disaster to the healthcare system of Pakistan.
One of the fundamental constitutional responsibilities of the state is the provision of adequate healthcare to the citizens, free of cost, NPOs running hospitals in Pakistan said.
Through Finance (Supplementary) Act, 2022, there are certain amendments made, inter alia, in the Sales Tax Law, in relation to Non-Profit Organizations [NPOs], which [more particularly] include withdrawal of Clause 52A from Table 1 of Sixth Schedule to the Sales Tax Act, 1990, which have amplified the financial and compliance strains, in an immense measure, on the NPOs, whose philanthropic endeavors are stirred and steered by empathy and who are, notwithstanding the enormity of numerous and frequent challenges, extending resolute healthcare facilities, to the beleaguered, longsuffering, oppressed, susceptible, deprived, lower middle class and middle-class segments of the Society, free of cost or at concessional and subsidized rates.
The omission of clause 52A of Table 1 of Sixth Schedule to the Sales Tax Act, 1990 has rendered all the supplies to NPOs taxable [chargeable to sales tax] and thus the suppliers have started charging sales tax at 17% to NPOs which obviously is an enormous financial affliction for the NPOs, who are already walking on tight tope and incessantly making rigorous and persistent efforts, to balance their healthcare welfare initiatives against the scarce pecuniary resources, at their disposal.
The imposition of aforesaid 17% sales tax would also discourage the NPOs, from embarking upon, initiatives for welfare projects, aimed at intensifying their current welfare healthcare programs and facilities.
The omission of sales tax exemptions contained in various clauses in table 3 of the Sixth Schedule to the Sales Tax Act, 1990 has resulted in the imposition of sales tax upon import stage, on import of medical and surgical equipment, apparatuses, devices and so on and in the direct consequence thereof the NPOs are made to endure the enormous adverse financial brunt and in the direct consequence thereof, they would be discouraged from initiating healthcare Sehat Card Plus Programs.
Owing to the withdrawal of Clause 52A from Table 1 of Sixth Schedule to the Sales Tax Act, 1990, in addition to the foregoing financial burden, the NPOs are now being subjected to 3 percent further sales tax and 5 percent withholding sales tax, on account of respectively buyer and supplier, is not registered under the Sales Tax Law, they maintained.
The NPOs, before initiating imports processes, would henceforth, in addition to paying the sales tax, also be required to be registered under the Sales Tax Law, as Sales Tax Registered Person and all the NPOs would also need to be registered as sales tax withholding agent, which [compliance] obviously would be a needless additional disturbance and extra workload, for the NPOs.
It would be an enormous task for the NPOs, to identify from thousands of transactions, the transactions to which sales tax withholding provisions are attracted and the transactions, where such provisions would not apply, for they will have to constantly look at the third and sixth schedules to the Sales Tax Act, 1990 to ascertain the applicability or otherwise of the sales tax withholding provisions.
It is perched on the façade and goes without saying that keeping the afore-described framework and backdrop in sight, there could not have been [by any means] any intention, on the part of Federal Legislature, to introduce the aforesaid [financial and compliance] stresses and strains on NPOs and while making changes in the Sales Tax Law through aforesaid Finance (Supplementary) Act, 2022, the adverse consequences, as to increase in afore-described burdens that the changes would result in, was somehow overlooked.
The current and upcoming care taker government is requested to issue immediate instructions to FBR and others, to forthwith take necessary steps, to suspend the operation of all the relevant provisions of the Law that has increased the afore-described financial and compliance burdens, introduced through the recent Finance (Supplementary) Act, 2022 and forthwith revert back to pre-amendment position, using the administrative and legislative means, as are found appropriate.
Finance Minister is requested to look into the matter on a priority basis and would issue instructions to initiate actions forthwith, to address the genuine grievances of NPOs highlighted.