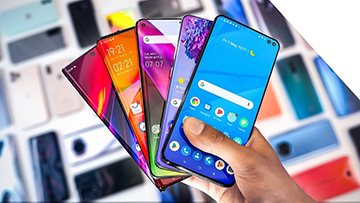 ISLAMABAD, Jun 19 (APP): Chairman, Engineering Development Board (EBD) Almas Hyder Sunday disclosed that a record number of 46 million smart and feature mobile phones were assembled in Pakistan in 11 months of the current fiscal year.
He said during the period under review, 20 millions smart mobile phones were assembled of which 99 percent so far sold in markets while 26 million feature mobile phones were pieced together of which 97 percent were purchased, said a press release.
He said mobile phone parts valued $1.9b were imported to Pakistan by the assemblers.
He said a total of 31 local and foreign mobile phone companies were awarded licences of which 21 are operational while remaining are in process of setting up plants for production including Nokia.
Almas said only one foreign company imported 3.8 million feature phones during this period which is also now going to establish a plant in Pakistan.
Almas Hyder said the best quality locally assembled smart and feature mobile phones equipped with ultra modern technology have restored the confidence of buyers in Pakistan which he added is much cheaper and most economical than foreign assembled mobiles.
He said the moment’s mobile phones are assembled and immediately absorbed in the market which speaks of good governance and transparent policy being pursued by the EDB for luring local and foreign investment in Pakistan.
He said Pakistan’s engineering industry has a large potential to grow and contribute a significant role toward national development for robust economic activities.
He said he is fully committed to strengthening the engineering base by attracting foreign direct investment in this sector.
He said we have one of the best liberal investment regimes in the region coupled with plenty of natural resources and manpower.
The EDB is endeavoring to harmonize and align all standards to have a better and more favorable business environment for all businesses in Pakistan especially foreign investors.
The EDB is also making all-out efforts to facilitate investors to materialise their commitments into reality with a focus to simplify the procedural hassle to a maximum extent through various initiatives, he concluded.