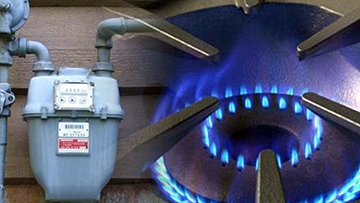 ISLAMABAD, Sep 27 (APP): Chairman Public Accounts Committee Noor Alam Khan on Tuesday made a written request to Prime Minister Shehbaz Sharif to uplift the ban on new gas connections to the domestic consumer and laying of gas pipeline network in the deprived areas.

Federal Secretary for Petroleum Ali Raza Bhutta briefing the committee said that resources of natural gas were declining by the ratio of 10 percent annually whereas the demand for the gas was increasing with every passing day.

He said the government was trying to reduce the gap of supply and demand through Regassified Liquid Natural Gas (RLNG) which was also scarce in the international market and had high demand in Europe and its buying power was much higher than in Pakistan.

The Prime Minister during his recent visit to Qatar had requested the government of Qatar for additional cargo to meet the demands, said the secretary, adding “We are thankful to Qatar for selling gas to us on 15 US dollars, although they could sell it in the International market at US dollar 60.”

He said the government was exploring the market and wherever the RLNG was available at cheaper rates and bought the commodity, adding It seemed difficult to buy a spot cargo for winters.

The secretary said that more than half of the natural gas of SNGPL was provided to the domestic consumer at subsidized rates.

Noor Alam remarked that the Public Accounts Committee was raising the issue for the last two years so far no action was taken by the government, but they were now left with only the option to write to the Prime Minister for the provision of gas connections to domestic consumers.