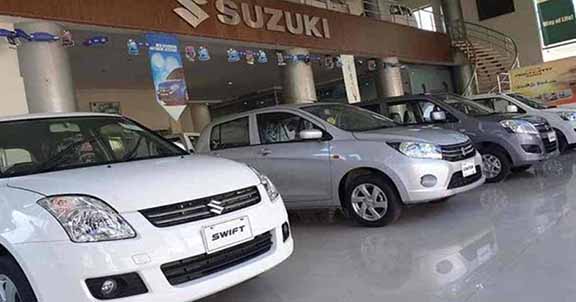 KARACHI, Sep 03 (APP): Pak Suzuki Motors has extended the closure of its automobile production plant for another two days, however, the motorcycle plant will remain functional.
In an announcement to the Pakistan Stock Exchange on Friday, the company said it would suspend its production for another two days, from September 8-9.
The company said the State Bank of Pakistan has introduced a mechanism for prior approval for import under the HS code 8703 category (including CKDs).
restrictions adversely impacted clearance of import consignment, which resultantly affected the inventory levels,” the automobile manufacturing company said.
Apart from the shutdown at Pak Suzuki, Indus Motors — the company manufacturing Toyota cars in the country — has also extended the close of plant production till later this month.
The setback to the companies came after the government decided to impose an import ban four months back, but later lifted it in line with the International Monetary Fund’s (IMF) conditions.
Although the current account deficit reduced and the pressure on the rupee came down, businesses that rely on imported goods to complete their products suffered a major blow.