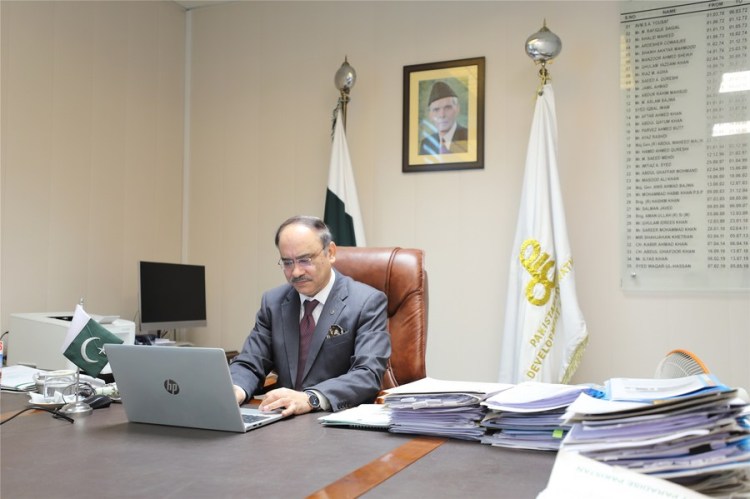 ISLAMABAD: The decision to hold the Pakistan-China Year of Tourism Exchanges in 2023 will greatly help improve people-to-people contacts and especially promote tourism cooperation, a Pakistani official said. “China obviously is the country that produced the largest number of tourists for the rest of the world before the COVID-19 pandemic … The recent policy of resuming outbound tourism for Chinese citizens in an orderly manner would help in restoring the confidence of the world in terms of the promotion of tourism while making a good contribution to the global economy,” Managing Director of Pakistan Tourism Development Corporation (PTDC) Aftab ur Rehman Rana told Xinhua in a recent interview.

Pakistan and China have a long friendly relationship, and people would love to meet each other and experience the countries of each other, he said, adding that Pakistan is not just looking at inviting Chinese tourists to Pakistan, but also looking at sending Pakistani tourists to China. “Our tour operators have already started holding online meetings with their Chinese counterparts. Under the exchange programs, both countries are planning to help tour operators of both sides to meet personally so they can revive their contacts and design packages and products which could attract the right kind of tourists on both sides,” the PTDC official said. Highlighting Pakistan has a lot to offer for Chinese tourists, he said that the wild mountains, lush green meadows, exquisite valleys, beautiful tracks for trekking, sites for adventurous sports, and a number of ancient archeological places and other attractions in the South Asian country are waiting to mesmerize the Chinese tourists. “For Pakistan, the opening of Chinese tourism is a very positive sign,” Rana said, adding that Pakistan has made a lot of preparation to welcome Chinese tourists. The Pakistani government has been working on improving the availability of information on both sides as well as producing new literature on major tourist destinations in the Chinese language so that the Chinese tourists know well about Pakistan, he said. “Pakistan International Airlines has recently announced the restarting of flights between Islamabad and Beijing. If there’s any travel expo taking place in China, we’ll send our delegation there,” Rana said. Besides providing new prospects in Pakistan’s tourism industry, the official said China has helped transform the country’s tourism by building road infrastructure under the framework of the China-Pakistan Economic Corridor (CPEC). Launched in 2013, CPEC is a corridor linking Pakistan’s Gwadar Port with Kashgar in northwest China’s Xinjiang Uygur Autonomous Region, which highlights energy, transport, and industrial cooperation. “We have seen the new motorways, highways, and side roads all the way from south to east to north, and the improvement of the road network is very important for tourism promotion. CPEC has not only improved the access to different business hubs and various cities in Pakistan but also facilitated the access to various tourist sites,” he said. With improved accessibility, there will be quite a lot of new developments including the establishment of tourism zones, new hotels, and tourist resorts along the CPEC routes in the coming years, he said. Rana believed that CPEC would help further improve the local tourism sector and help attract more investment into the tourism infrastructure of Pakistan, accelerating the country’s development. As the year 2023 is being designated as the Pakistan-China Year of Tourism Exchanges, Rana said numerous tourism-related activities will be happening between the two neighbors during the new year. “We will hold a Gandhara Buddhist heritage exhibition in Beijing very soon. There is a plan to send our cultural delegations of youth and tourism professionals to China and obviously, we welcome delegations from China also coming to Pakistan in promoting Chinese culture in Pakistan and vice versa,” he said, adding that the PTDC will coordinate with other departments to strengthen cultural and tourism exchanges and promote people-to-people contacts between the two countries. “The year 2023 is going to be a good beginning,” Rana added. (Interview by Jiang Chao – Press Release)