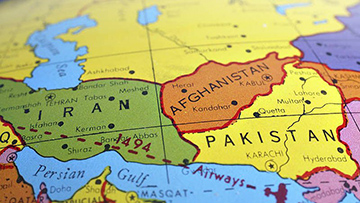 ISLAMABAD: Despite heightening political factionalism, Iran was presently looking for meaningful partnerships in the region, and it was imperative for Pakistan to make the most of this opportunity, said former Ambassador Riffat Masood.

She was addressing an in-house discussion titled “Understanding the Political Factions in Iran” at the Institute of Regional Studies (IRS). She said that while Iran had been confronting some serious political challenges, worsening economic conditions, especially rampant inflation, lay at the heart of the currently unfolding political crisis. Amidst the looming uncertainties was a huge youth bulge in Iran, which was essentially a generation that had grown up under the Revolution. Ambassador Masood further added that while Iran had paid a hefty price for its various foreign policy adventurism, in the form of sanctions in the past 40 years, western policies had not exactly succeeded in breaking Iran’s resilience as a country that remains a challenge for the US.

Dr Qandil Abbas, Assistant Professor at the School of Politics and International Relations (SPIR), Quaid-i-Azam University (QAU) reiterated that Iran’s economy was in fact a major determinant steering the political situation in Iran at present. He asserted that while different parties were responsible for bringing about the Revolution, it was important to understand why and how the clergy in Iran had managed to accumulate such power. Predicting the future course of Iranian politics, Mr Syed Fraz Hussain Naqvi, program lead at Iran Desk at IRS said that there was a high chance that the Reformists would be alienated in the future. He also reflected on the evolving nexus between the conservatives and moderates. There was a high chance that the IRGC could establish its strong ties in Iran through the Neo-Conservatives. Mr. Naqvi was of the opinion that the current situation in Iran pointed toward a potential tussle between the religious and political factions of Iran.