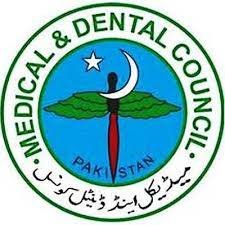 ISLAMABAD, Dec 20 (APP): The Joint Session of the parliament (Majlis-e-Shoora) on Tuesday passed the Pakistan Medical and Dental Council Bill, 2022.

The bill was returned and raised objections by the President of Pakistan Dr. Arif Alvi for further amendments.

While supporting the bill, Minister for National Health Services, Regulations, and Coordination Abdul Qadir Patel said that the bill was returned back to address some objections raised by the President of Pakistan Dr. Arif Alvi.

As per the commencement Pakistan Medical and Dental Council Act, 2022, shall stand dissolved and the Minister-in-charge of the Division shall look after the affairs of the council till the constitution of the new council under this act is elected by the council.

The Minister-in-charge of the Division shall exercise the powers of the council during the transitory period.

It is pertinent to mention here that the National Assembly and Senate of Pakistan had already passed the PMDC Bill, 2022.