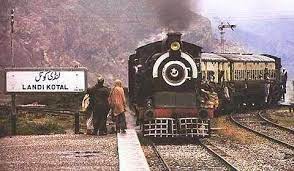 ISLAMABAD, Dec 5 (APP): The Ministry of Railway on Monday apprised the Senate Standing Committee on Railways that Rs.1982 million was needed to restore 59km railway track from Peshawar to Torkham and the ministry did not have enough resources to restore it.

Senator Mushtaq Ahmad was of opinion that, this railway track was not only important from trade perspective but also had historical importance.

Secretary for Ministry of Railways, Zafar Ranjha said the ministry was in negotiation with Khyber Pakhtunkhwa government for the financing of the project and the KP government was willing to finance the project, he added.

He said some portion of track also falls in the airport vicinity which also created a hurdle in restoration work.

The Chair decided to refer the matter to Senate Standing Committee on Defence for further deliberation way forward.

The Senate committee also suggested the Ministry of Railways take input from the Ministry of Tourism on Peshawar and Torkham project regarding its potentiality from a tourism perspective.

Secretary for Ministry of Railways also informed the senate body about the Afghan Transit project which will link Pakistan to Uzbekistan and cost around US$8.2 billion.

The meeting was attended by Senator Dost Muhammad, Senator Shahadat Awan, Senator Mushtaq Ahmad, Zafar Ranjha Secretary for the ministry of railways and other concerned officers were also in attendance.