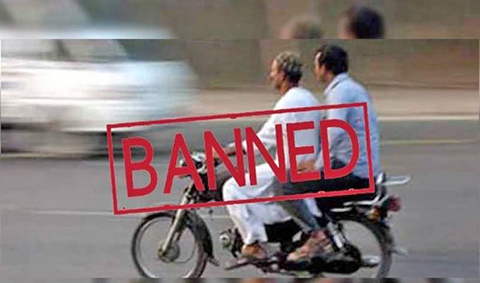 TANK, Jan 03 (APP): The district administration has banned pillion riding and display of arms under section 144 to avoid any untoward incident during the polio campaign in the district.

The ban will remain enforced in the larger interest of people from January 01 to 15 and citizens have been asked to cooperate in ensuring the smooth conduct of the anti-polio drive by complying with prescribed restrictions.

According to the police spokesman, comprehensive security arrangements have been made under the leadership of District Police Officer(DPO) Waqar Ahmed to conduct the campaign peacefully.

As part of security arrangements, 1505 police personnel have been deployed to ensure the security of the polio teams during the first phase at nine union councils of the district including cities 1,2, Gul Imam, Pai, Amma Khel, Mulazai, Peenk A and B.

Meanwhile, Deputy Commissioner Hameedullah Khattak has urged parents to get their children vaccinated in the campaign to protect them from the crippling disease of polio.

He said that no child should be left without polio drops, adding foolproof security arrangements had been made by district police to make the drive a complete success by meeting the target.