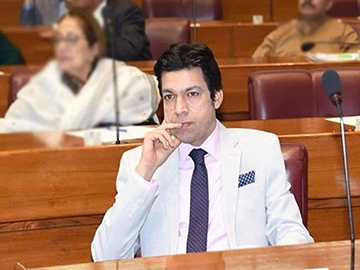 ISLAMABAD, Dec 28 (APP): Pakistan Tehreek-e-Insaf (PTI) Senator Faisal Vawda on Wednesday tendered his resignation as a member of the Upper House of the Parliament.
According to a press release, Vawda submitted his resignation to Senate Chairman Muhammad Sadiq Sanjrani as per directives of the Supreme Court of Pakistan. Vawda was elected as Senator in 2018 on PTI ticket.