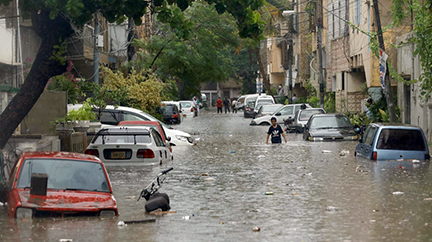 KARACHI, Sep 13 (APP): Administrator Korangi Javed-ur-Rehman on Tuesday declared a rain emergency in view of recent rain as he directed the officers and staff to solve the public problems on a priority basis.

In a meeting with the officers of the four zones of Korangi, Javed said that any kind of negligence in facilitating the public will not be tolerated.

He announced to visit all four zones during the rain and said that any kind of negligence will not be tolerated, and strict action will be taken against the negligent officers and employees.

On this occasion, the officials concerned were directed to install the drain pumps for de-watering immediately after the rain and also organize a fumigation campaign and sanitation to control the epidemics that arise after rain.