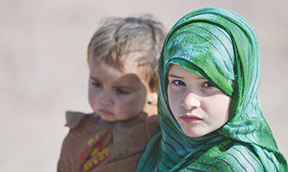 ISLAMABAD, Sep 28 (APP): A report revealed that around 2.14 percent out of a total of 837.970 million Afghan refugees including19,961children, were living in Islamabad.

The said report was titled “Inquiry on Street Children living in ICT and Challenges” the report was forwarded by Ombudsman.

An overwhelming majority of them reached Pakistan through alternative channels and were unregistered asylum seekers. Some were found to have just a pre-screening issued by an NGO in 2020. However, no processes seem to have taken place, said in a report.