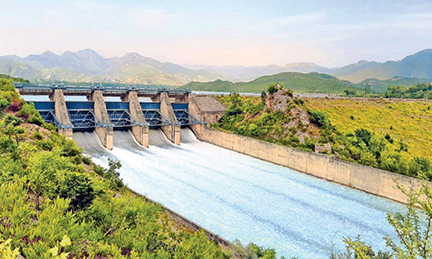 RAWALPINDI, Sep 03 (APP): Rescue 1122 Rawalpindi was put on high alert following the report of the release of water by the Khanpur Dam administration on Saturday.

According to the details, after the information of the release of water by the Khanpur Dam administration, the Deputy Commissioner Rawalpindi directed the District Emergency Officer to ensure protective measures along the relay routes of the water coming out of the spillways at two different places to deal with any emergency situation.

Rescue posts had been established and emergency vehicles were deployed on the site where the Rescue 1122 staff was put on alert for any kind of emergency.

Rescue 1122 Rawalpindi staff were also instructing the local people not to go near water and take precautionary measures.