Rupee on a Whooping Gain of Rs 22 Against US Dollar, Selling at Rs 218 Interbank! 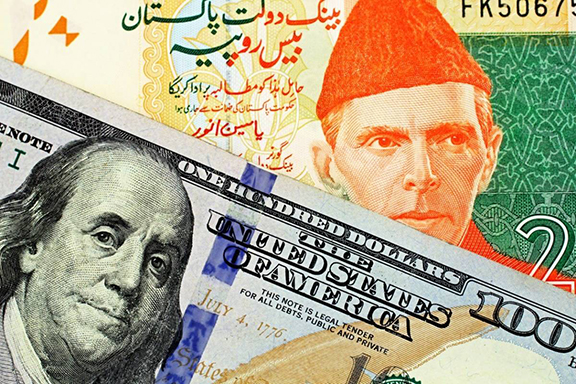 A leading finance and tax expert of KP Muhammad Umair Zeb explained to the Khyber Mail, that the historical high recovery in the rupee was recorded in two days. In percentage terms, it regained by a multi-year high of 4% in the day.
A global new agency and a domestic research house, however, differed whether the gain in percentage terms was of five-year high or over two-decade high after 1999.
The central bank reported that it had “enhanced monitoring of foreign exchange operations of exchange companies [currency dealers] and banks in the light of findings from ongoing inspections and mystery shopping.

In a statement, the central bank stated that due to recent volatility in the exchange rate and the difference between the interbank rate and the rate offered by ECs and banks to their customers, it has increased its monitoring of ECs and banks’ foreign exchange operations.
In this respect, the SBP started inspections of a number of exchange companies and banks on Monday (Aug 1), it added. There was clear evidence that banks were involved in minting money as they were charging much higher dollar rates than the rates shown by the State Bank. Moreover, some importers were getting dollars easily to open Letters of Credit, while many were facing difficulties arranging dollars even from outside the banking channels.
On Tuesday (August 2), the SBP suspended the operations of four branches of two ECs (Galaxy Exchange Co and Al-Hameed International Money Exchange Co) for violation of its regulations.
[The] SBP has also imposed monetary penalties on some exchange companies in the recent past. Besides, due to violations of SBP instructions, arrangements of 13 franchises have been terminated by six different exchange companies in the recent past.
The expert Muhammad Umair Zeb said the rupee recovered after Pakistan reported that its trade deficit had reduced by almost half to $2.64 billion in July compared to $4.96 billion in June.
The significant reduction in the trade deficit was achieved on the back of a cut in imports, resulting in less demand for the greenback in the local market.
The IMF has also announced that Pakistan had met all prerequisite conditions for the revival of its loan programme.