Second batch of Pakistani students to return to China soon 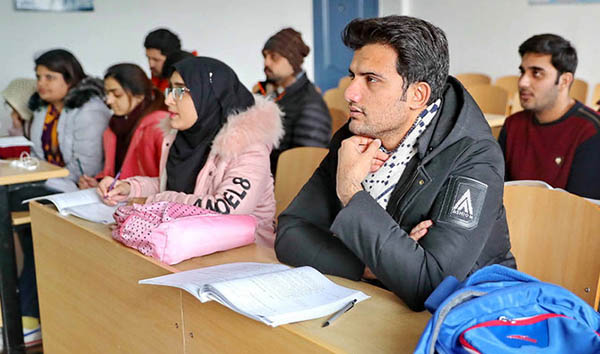 BEIJING, Aug 23 (APP): The second batch of Pakistani students who were stranded in the motherland in wake of the Covid-19 pandemic will soon return to China to resume offline classes in their respective universities.

We are working on the second phase of the return of Pakistani students and making all-out efforts to bring back the second batch to China as early as possible, Pakistan Ambassador to China, Moin ul Haque said while talking to members of the Pakistani community and students here.

He said in the first phase, the government in collaboration with the Chinese authorities made arrangements to airlift around 250 students to China.

However, around 100 students arrived in the Chinese city of Xian by PIA special flight PK-6854 on June 20, he added.

All the students underwent 4-day quarantine in Xian as per Covid-19 control and prevention measures imposed by the local government for the passengers arriving from abroad. Later, they left for their respective universities in different cities to continue their education.

It may be mentioned here that Prime Minister Shehbaz Sharif in a telephonic conversation with his Chinese counterpart Li Keqiang discussed the issue of Pakistani students who were desirous of returning to China to resume studies.

The Chinese premier had assured that China accorded high priority to this matter. As a result, the two sides agreed on the phased return of the Pakistani students subject to the Covid-19 situation in China.

The Embassy of Pakistan in Beijing had long been engaged with the relevant Chinese authorities regarding the return of Pakistani students to their universities in China.

The embassy is in touch with the relevant Chinese authorities for the return of the remaining students as well.

According to official sources, there are 6,000 Pakistani students, who intend to go back to China to pursue their studies.